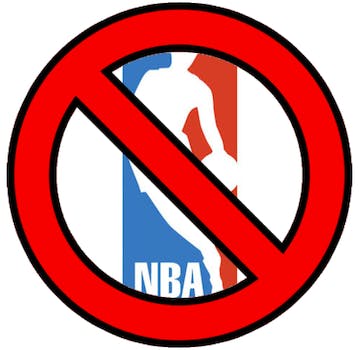 Following the cancellation of games through Dec. 15, fans took to Twitter to lament the potential loss of the NBA season and propose some alternatives.

More than 300 NBA games have been canceled this season. In response, Twitter has come up with a new meaning for the National Basketball Association’s 65-year-old acronym.

“No basketball anymore,” or simply NBA, has been a worldwide trending topic all morning, following news that all games through Dec. 15  had been canceled.

The NBA Players Association, which has worked with the league over the last five months to end the tumultuous lockout, has been disbanded. And at least nine players, most notably Carmelo Anthony and Kevin Durant, have filed lawsuits against the league for “treble damages,” the irreparable harm caused by preventing them from playing in their ‘very short’ NBA careers,” reported ESPN.

In short order, thousands of disgruntled and disheartened NBA fans took to Twitter to air grievances, using phrases like “no basketball anymore” and “xba,” the latter a reference to Vince McMahon’s short-lived attempt at a football league.

While fans dried their eyes, other people on Twitter poked fun at the situation and shared some of the things they’d be doing instead of watching the NBA.