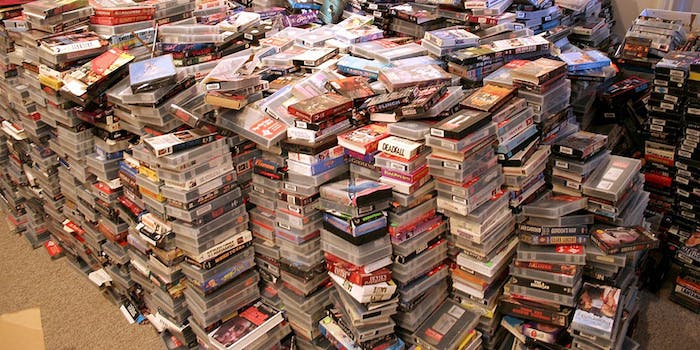 Netflix may be coming to New Zealand, but New Zealand has some plans of its own.

Back in November, Netflix announced plans to launch its streaming service in Australia and New Zealand in March (which, looking at he calender, should be right about now). But New Zealanders don’t need Netflix to come in and show them how steaming is done—they’ve launched their very own service, NitFlux.

NitFlux is already looking to be a strong competitor: For only $66 a week, you can fax in your application (to be approved by the prime minister) and have access to the service’s streaming database, which includes over six (read: seven) videotapes.

The Twitter media campaign is already revving up to take New Zealand by storm:

Head over to http://t.co/Ao7ktJvCnK and fill out an application form. You could win a boxset of Shortland St and 1 packet of pinapple lumps!

Who's excited for #TheWalkingDeadSeasonFinale ? We're streaming the Season ONE series finale right now!https://t.co/KjygpWuioB

You can also go ahead and sign up to receive details on a NitFlux T-shirt, which will be sent to you whenever they’re available to ship. So look out, Netflix! You’ve got some stiff competition out there.