Ron Swanson, the fictional character from NBC’s Park and Recreation, is so important he now has two Internet Movie Database pages: one for his character and new one dedicated to Swanson, like he’s a real actor.

Played by Nick Offerman, Swanson is the overly macho, jazz-loving, breakfast food-enthusiast and apparently writer of Chuck Norris movies—if you were to believe his new IMDb page.

Swanson also allegedly “acted” in 1996’s Overkill, another Chuck Norris movie but has since slipped off the acting radar since then. We also now know his nickname: Duke Silver.

So, the sparsely filled out profile page is fun but perhaps what is most interesting is how it snuck past IMDb’s strict filters. The site specifically claims it is “not a cocktail party” and goes to great lengths so people can’t simply add names and credits to the database.

New additions to the database are verified by the staff and can take between two to four weeks to appear live, according to their rules. Also, the rules state that IMDb staffers verify that actors actually appear in or write the roles they are listed for. Did IMDb employees ignore the rules or did a well hidden Swanson appear in Overkill? Or perhaps, IMDb employees simply love Swanson.

The Daily Dot emailed IMDb asking how this happened but we have not yet received a response. 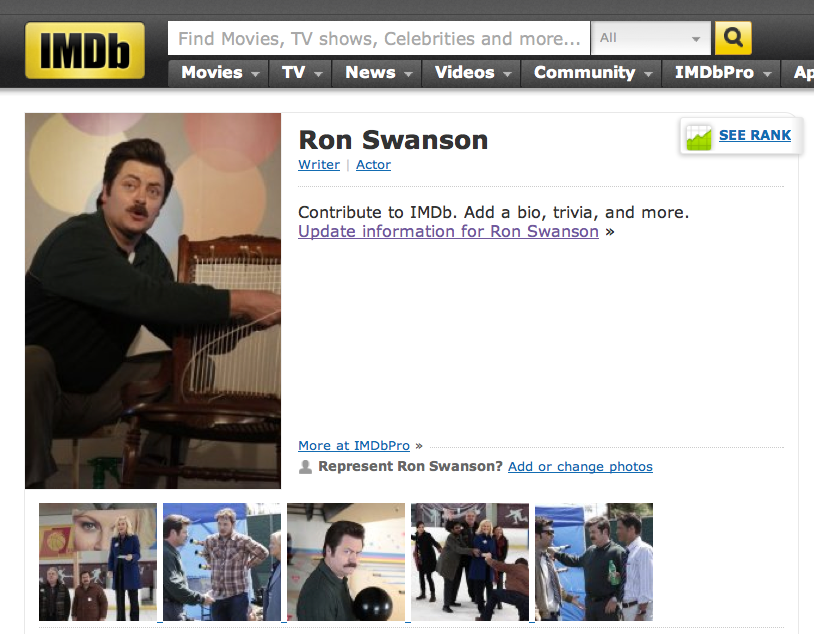