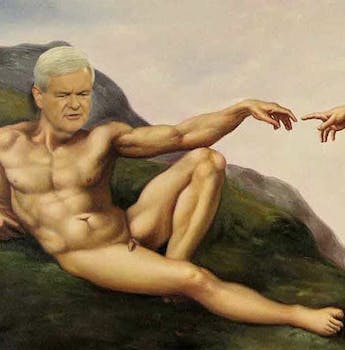 If you squint hard enough at these nude, Renaissance mash-ups of Newt Gingrich, it almost looks like the real thing, at least in the eyes of the Tumblr's creator.

That would be the most logical explanation as to why Newt’s Nudes, a three-day-old Tumblr blog is trending. The site features the GOP candidate’s cherubic cheeks and doughy chin superimposed on likewise padded Renaissance bodies.

According to the site’s premise, these masterpieces were all personally commissioned by the politician back in 1999. In actuality, though, they’re mash-ups cranked out by a Midwestern in his mid-20’s, who asked us simply to call him Phil.

“I don’t think the premise of Newt commissioning nude art of himself is too far outside of the scope of possibility,” he told the Daily Dot in an email. “He strikes me as a sort of a eccentric weirdo.”

Phil told us that it only took him an hour-and-a-half to create his parody blog.

“I had some free time last weekend and I bought the domain, made a Photoshop template, and created a Tumblr page,” he said. “With the template I can crank out a picture in under 5 minutes.”

“It is still experiencing exponential growth,” he said. “I’m on pace to crack 40,000 unique visitors to the site by noon EST.”

Phil, who identifies as a liberal/progressive, said he doesn’t share Gingrich’s politics but still appreciates the politician.

“I can appreciate Newt for his political prowess in the 90’s with his whole ‘Contract with America’ thing. He was a good foil for Clinton in a similar way that Boehner is a good foil for Obama,” he said.

Phil said he’s especially impressed with the way Gingrich positions himself as the Christian candidate. First there’s the fact that Gingrich left his first two wives for younger women, and then, well, there’s Phil’s Tumblr.

“I’m certainly surprised by Newt’s resurgence, especially with all the naked paintings of him on the Internet,” he joked. 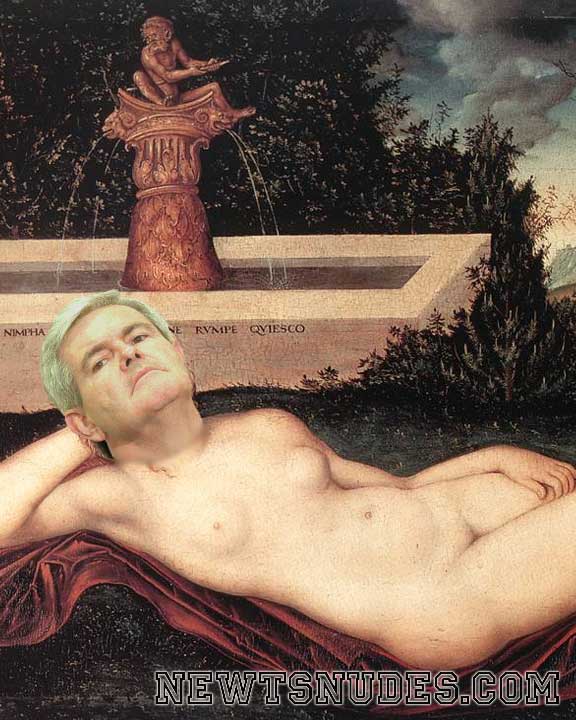