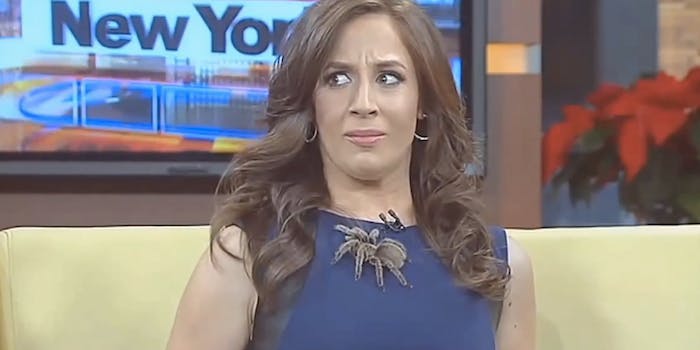 Here are the best news bloopers of the year so far

We just can't look away.

An anchor slaps a poor makeup assistant’s hand away. Basic words are mispronounced. Newscasters double over with bad cases of the giggles.

We just can’t look away when the TV news dissolves into a blooper fest.

Thankfully, one YouTube channel is already on the ball in 2015 collecting the best-worst moments for your enjoyment. Prepare yourself for 10 minutes of secondhand embarrassment at moments from daily news all over the world.

There’s even a small sports section in the middle with Tom Brady’s balls-laden press conference and the woman who the Internet thought they caught cheating on her boyfriend in a sports clip.

Hands down, the cop who freezes the moment he realizes he’s in the shot deserves to be a star.