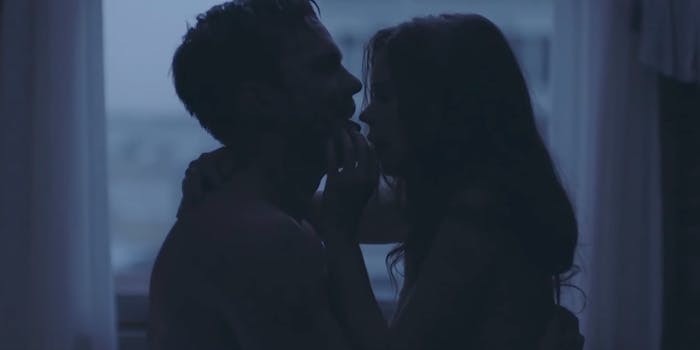 Just what you always wanted.

It looks like the first heartfelt romantic movie about a couple who meets on a dating app is here.

Newness, which debuted at Sundance in January, follows two 20-somethings in the early days of their relationship after meeting on a fake dating app called Winx. In the trailer, the pair takes shots at a bar, rides the subway, and eats using chopsticks in many of their city’s most romantically lit venues. Ah, futurelove. After hitting it off, they decide to delete the app off their phones together—and that’s when things get complicated.

The script was inspired by Nancy Jo Sales’ controversial 2015 Vanity Fair report, “Tinder and the Dawn of the ‘Dating Apocalypse.’” Newness director Drake Doremus told Movie Mezzanine earlier this year that Sales’ piece was what got him thinking about dating apps: “The article was fascinating to us because [the film’s screenwriter] Ben [York Jones] is in a long-term relationship, and I just ended one a little bit ago, so we just kind of missed that whole thing.”

Netflix picked the movie up in June but has not yet announced a release date. The trailer getting uploaded to YouTube suggests the movie can’t be far behind, though.