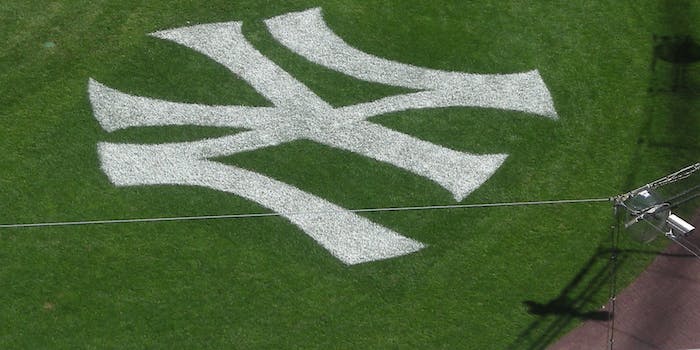 Plagued by an overwhelming number of injuries, the venerable New York Yankees recently pulled the trigger on a deal that landed them a third baseman, soon-to-be free agent Chase Headley of the San Diego Padres.

So what does a player going from baseball’s outhouse to the Yankee penthouse make his first order of business after learning he is dealt? What uniform number to wear, of course.

Problem is, the Yankees boast baseball’s largest catalog of retired numbers, including Babe Ruth’s (3), Lou Gehrig (4), Joe DiMaggio (5) and No. 7—the number worn by Headley as a Padre—which belonged to Mickey Mantle.

Rather than pick his new Yankees number himself, Headly bravely asked fans of the Bronx Bombers, via Twitter, for their suggestions.

What # should I wear? #YankeesNation

A number of fans immediately chimed in with earnest suggestions, as if they were just waiting for Headly to ask the question.

Unfortunately for Headly, nobody warned him that Yankees fans are a breed apart—and calling them #YankeeNation is not a good way to snag some early fan love.

@ChaseHeadley7 want to make a quick correction it is #YankeeUniverse

@ChaseHeadley7 universe. We’re a universe because we have to be bigger than everyone else. Redsox have a nation. We took the whole universe

Of course, some had nothing but jokes.

As one fan pointed out (intentionally or not), Headley should get used to this kind of treatment:

Between now and July 31, there will be plenty of trades between baseball’s haves and have-nots. Let’s see how Twitter rates as a source for uniform guidance.