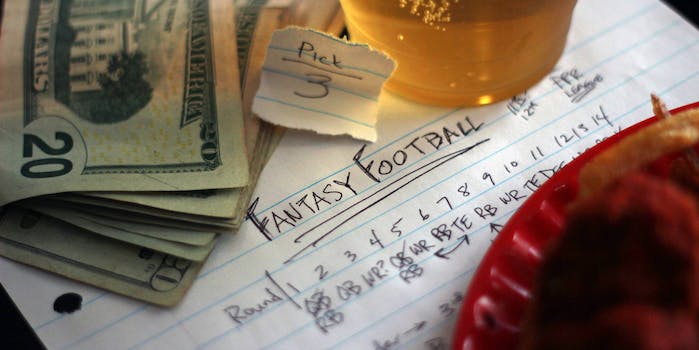 New York is just one signature away from legalizing fantasy sports

Daily and season-long games are included in the legislation.

On Saturday, the New York Senate voted to legalize fantasy sports by a vote of 45-17. The passage comes just three months after prominent companies like DraftKings and FanDuel were forced to offer non-paying fantasy sports games in order to comply with state laws.

The bill is now headed to Gov. Cuomo’s desk, where it is one step away from being signed into law.

According to CNBC, the reason the Empire State has done such an about face when it comes to fantasy sports may have something to do with the money it generates.

If passed, New York could see an estimated $5.5 million yearly revenue increase due to an annual 15 percent state tax spanning any fantasy sport played in state with entrance fees, followed by another half percent tax increase per year that peaks at a $50,000 maximum amount.

It’s unclear if and when Cuomo will sign the bill, which faced opposition primarily from the casino industry. State Assembly Gaming Committee Chairman J. Gary Pretlow estimates that over three and a half million New Yorkers participate in fantasy sports, indicating that the legislation will be heavily favored by the public.