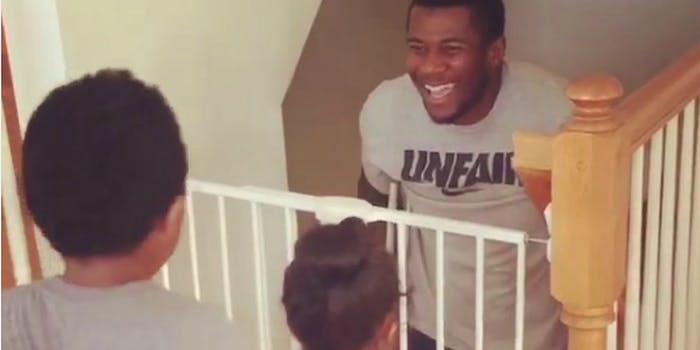 Wrote Fells on Instagram: 'Back where I'm supposed to be.'

Even with his life in danger because of a MRSA infection, New York Giants tight end Daniel Fells sent inspirational Instagrams and tweets to his teammates while he was laying in a hospital bed and trying to fight off the nasty bacteria.

Even as he battled for his life and to keep his foot, Fells has been a study in the power of positivity, and on Wednesday, he was released from the hospital—his life and all of his limbs intact. And this is the reception he received from his children.

My biggest motivation these days. Gotta get back to my best friend.

And now he’s returned home—to his family and his best friend.