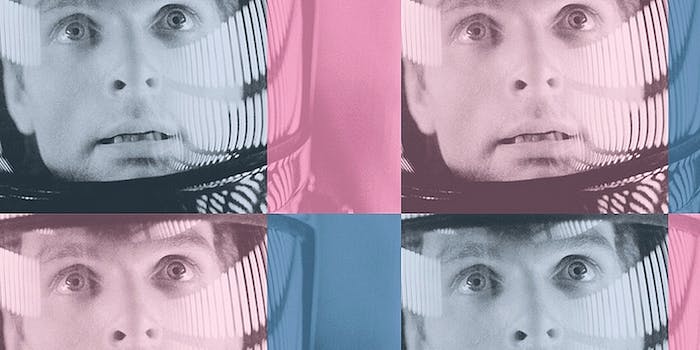 The brand-new trailer for ‘2001: A Space Odyssey’ is out of this world

The 1968 classic is looking better than ever.

This is one of those exceedingly rare moments when it’s appropriate to use the word “epic.” Stanley Kubrick’s 2001: A Space Odyssey—one of cinema’s purest triumphs and the best science-fiction film of all time in the bargain—just got a new trailer, and it rules.

Commissioned by Warner Bros. and the British Film Institute ahead of a Nov. 28 theatrical re-release for a “Sci-Fi: Days of Fears and Wonder” program, it seamlessly weaves together the movie’s balletic spacecraft, prehistoric prologue, and eye-popping visuals. The unnerving voice of HAL 9000, everyone’s favorite insane artificial intelligence, cuts through all.

This reminds me: No one else go as a giant space fetus for Halloween, OK?