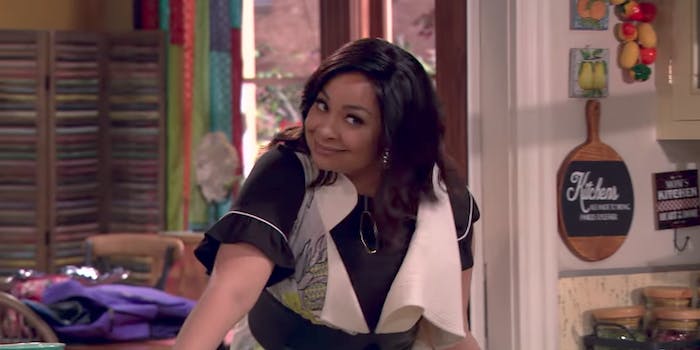 Watch the new trailer for ‘Raven’s Home,’ the ‘That’s So Raven’ spinoff

Raven Baxter is at it again.

On Saturday, Disney Channel dropped the new trailer for Raven’s Home, the show spinoff of That’s So Raven, which featured Raven-Symoné well before her days on The View.

According to the new trailer, Raven and her best friend Chelsea, played by Anneliese van der Pol, are reunited, and now they have a few trouble-making kids to herd themselves, too.

Oh, and Booker seems to have inherited his mom’s psychic powers—the crux of most of Raven’s (and soon-to-be Booker’s) adventures as a teen, during which Raven often attempted to meddle with the future and change the outcome of her futuristic visions in the That’s So Raven series.

Maybe he’ll even inherit Raven’s prized catchphrases, such as “Oh, snap!” and “You nasty!” too.