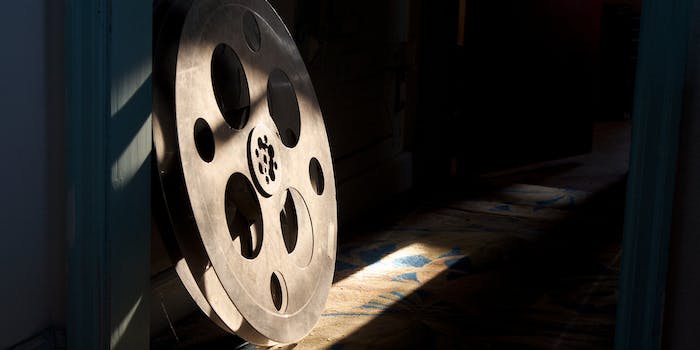 An iconic theater gets a documentary, new management, and an identity crisis.

When Julia Marchese began working on Out of Print in 2012, chronicling the history of the New Beverly Cinema, she didn’t know the film would eulogize her own eight-year employment at the theater upon its release. In the doc, Marchese speaks of her fondness for the New Bev in the present tense.

“I want the New Beverly to be around for another 20 years, or another 30 years,” she says.

The theater might be around, but Marchese won’t be a part of it. Following Quentin Tarantino’s takeover of the management at the New Beverly on October 1st, Marchese was given a promotion from her previously held hourly-wage position—which had required everything from working concessions to locking down a programming block from Edgar Wright—and given a salaried job as a manager at the theater. Marchese’s new position lasted all of two weeks, however, before, according to her, the general manager and Tarantino’s longtime personal assistant, Julie McLean, notified her that she wasn’t management material. McLean offered Marchese her previous hourly job at the concession stand as consolation, sans any guaranteed hours.

Marchese took to her blog to vent about the new management, citing issues with censorship and a lack of communication and claiming that her last words to McLean were “you’re going to turn this place into a fucking multiplex, and it’s a goddamn drag.” She wrote in the post that she’d intended on screening Out of Print at the New Beverly, on a 35mm print, but has now opted to release the film on Vimeo for free.

Details of Tarantino’s takeover of the New Beverly are still unclear. Neither Tarantino nor the theater’s previous owner Michael Targon—whose father started the business in 1978—have said much. Tarantino has served as the property’s landlord since 2007, when he saved the theater from being turned into a Supercuts and a Chipotle, but he maintained a hands-off approach with Targon’s management until a few months ago.

Rumors abound that Tarantino’s decision to force Targon out were prompted by a poorly timed article from The Wrap that made Tarantino look hypocritical. The article claimed that “Tarantino’s New Beverly Cinema” purchased a digital projector shortly after a speech given by Tarantino at Cannes in which he called digital projection the “death of cinema.” In fact, Targon, still the actual owner of the New Beverly at the time, had purchased the projector using his own life savings.

Many people have expressed concern over Marchese’s blog post, and the general nature of Tarantino’s takeover:

@newbeverly Way to alienate your loyal customers. I was happy QT took over until today. Sellouts!

If Marchese’s predictions prove true, and the spirit of the New Beverly is forever lost under its new management, Out of Print will at least serve as a historical artifact about the iconic cinema’s unique culture, which spanned 36 years of operation. The film is clearly a labor of love, a testament to the eclectic community built around the New Beverly and its ability as a tiny, single-screen theater to bring together people like Joe Carnahan, Patton Oswalt, and a regular attendee known as “Zombie Man”—for his tendency to fall asleep draped over the seat in front of him—to enjoy 35mm prints of films like All About Eve and The Big Knife. It’s a theater that presented screen legend and regular attendee Clu Gulager a plaque on his preferred seat. Rainn Johnson claims, in the film, to have picked his new apartment due its proximity to the place.

“Porno’s particularly fun to write about,” Dante says in the interview. “You can be so snarky.”

“The New Beverly is one of the very, very, very few who are not eating out of anybody’s hand,” Lloyd Kaufman says in the film. “They are totally independent.”

Well… perhaps that one was too soon to call, Lloyd.