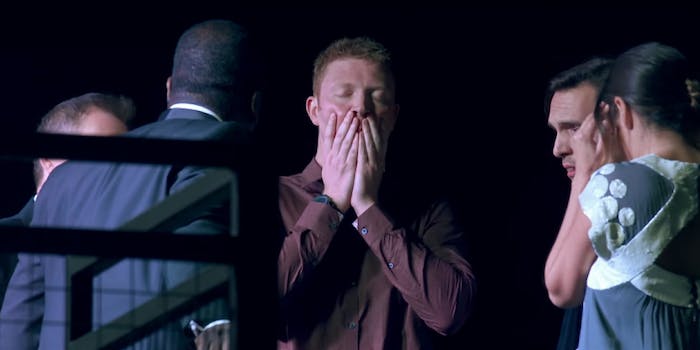 Netflix is literally making a murderer.

Netflix is journeying deeper into reality TV with new show The Push, which asks the age-old question: How much psychological manipulation would you need to push an old man off a building?

The show’s trailer sets up the curious premise: One man is pushed to the edge of murder by 70 actors who are subtly manipulating him. “I need him to feel like there’s only one way out when he’s told to commit murder,” says host Derren Brown, who labels himself a “psychological illusionist.” The description boasts that Brown “exposes the psychological secrets of obedience and social compliance.” His YouTube channel hosts videos about mind-controlled assassins and hypnosis.

At a time when Netflix is running on the uplifting high of the new Queer Eye, bringing in this reality show seems counterintuitive, but Netflix is probably also banking on its controversiality (the show previously aired in the U.K. under the name Pushed to the Edge). Can someone be socially conditioned to commit murder? Yes, says history and several unethical psychological experiments. Seems like we have that question answered.