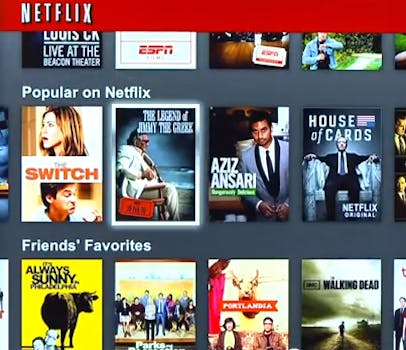 Netflix announced via blog post that the company will roll out Facebook integration to its United States users.

For the first time since March 2010, Netflix will have a social component.

The company announced via blog post that it will roll out Facebook integration to its United States users as of today.

“We get suggestions from our friends for new things to watch and we connect with our friends through the shared enjoyment of a great movie or TV show,” writes Netflix Director of Product Innovation Cameron Johnson.

The new feature—aptly called Netflix Social—will allow U.S. members to link their subscription to the streaming service with their Facebook accounts so that they can share what they’re watching with their friends.

As the blog post notes, the sharing feature is only visible on Netflix. The company will also add two new social rows of movies to the user interface: “Friends’ Favorites” and “Watched by Your Friends.”

Netflix subscribers will also be given the option of preventing certain titles to be shared with their friends, a good option for a queue filled with unrated Steamy Foreign Dramas or just terrible and embarrassing titles like Good Luck Chuck.

The new feature is the culmination of lobbying efforts by the video streaming company, who spent more than $1 million in 2011 and 2012 in getting Congress to amend the Video Privacy Protection Act of 1988. VPPA made it illegal for video stores to release the rental history of its customers without their consent or without a police warrant.

Prior to Netflix Social, the company employed an in-house feature that allowed subscribers to receive and give movie recommendations from friends. In March 2010, however, Netflix announced that they were phasing it out because only 5 percent of subscribers were using the social component.

Want a free year of Netflix? Try getting a Netflix tattoo.