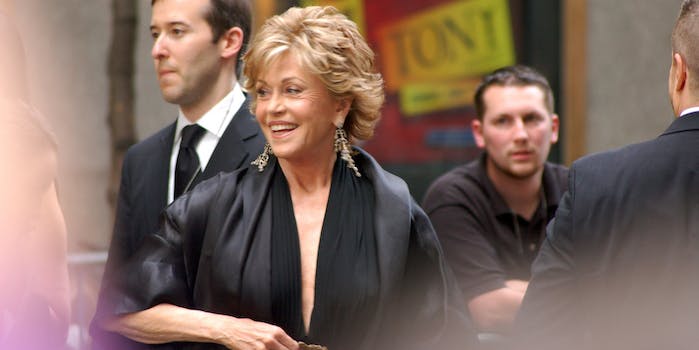 Netflix seems to be reaching out to an older demographic.

Fonda and Tomlin reunite 34 years after the release of 9 to 5, for a series of half-hour episodes headed up by Friends creator Marta Kauffman. The show will follow the relationship of two “long-time nemeses” who discover that their husbands have fallen in love and plan to marry.

With a premise like that, Grace and Frankie sounds like it already has the potential to be pretty awesome. The only question is, did Fonda and Tomlin approach Netflix, or was it the other way round? It’d be kind of a bummer to find out that two comedy legends of this calibre had tried to pitch the show elsewhere, but were rejected on the grounds that they’re older ladies. We prefer the idea that Grace and Frankie’s creator had seen the success of other Netflix shows like Orange is the New Black, and decided it was the best choice.

It’s interesting to see an online-only TV provider skewing older like this. Tomlin and Fonda are both in their seventies, and have two Oscars, eight Emmys, two Tonys and countless nominations between them. It’s proof that Netflix has serious mainstream TV potential outside of House of Cards and Marvel superhero shows, for sure. The show is scheduled for release in 2015.