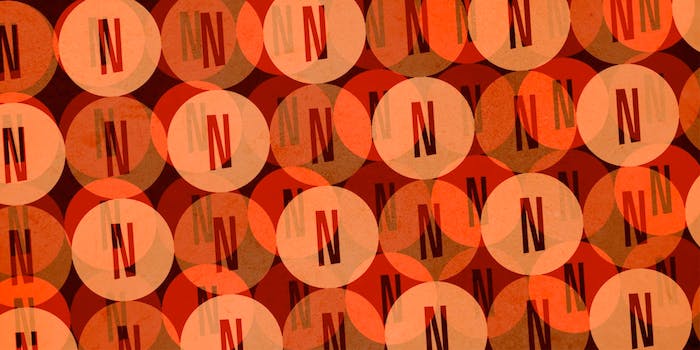 We all spend countless hours doing monotonous activities—sitting in rush hour traffic and doing chores around the house—but thanks to Netflix, there’s one thing we don’t spend time doing: watching commercials.

In fact, according to Cord Cutting, Netflix saves us from about six days worth of cheesy ads and nefariously catchy commercial songs per year.

To touch on the arithmetic behind this, the average hour of cable television has 15 minutes, 38 seconds worth of commercials. That’s more than a quarter of the time. Netflix boasts a 75 million subscriber base that streams 125 million hours of content per year. Thus, the average subscriber streams 1.67 hours daily. Do a little bit more math, and we get that individual subscribers are spared 160 hours worth, or 6.67 days, of commercials annually.

So with all this free time, courtesy of Netflix, what else can you do instead? Well, you could…

1) Smoke 160 pounds worth of BBQ brisket

According to pitmaster Aaron Franklin of Franklin’s Barbecue in Austin, Texas, it takes 12 hours to smoke 12 pounds worth of Texas-style brisket. What could be better than eating deliciously smoky barbecue while marathoning The Office? Just make sure you have enough barbecue sauce.

2) Jet Ski round trip between California and Hawaii twice

The average Jet Ski speed is somewhere between 60-65 mph, and Google says the distance between the two coastal states is 2,467 miles. One way should take you about 38 hours, and doubling that puts you at 76 hours. So two round trips would take 152 hours. That leaves you with eight hours to spend suntanning on the beach in your state of choice.

3) Work toward getting a commercial pilot’s license

For those who have dreamed of global travel while simultaneously operating a giant hunk of metal gliding through the air, this one’s for you. Although you won’t be able to complete all the flight time necessary for a commercial pilot’s license, you can get about halfway there. You’ll need 40-60 hours for a private pilot license and an additional 250 for a commercial certificate after that.

Although that may be an overestimate depending on how shitty the ref is.

If you ever get tired of binge-watching shows on Netflix, give binge-watching attractive Korean men and women a try. From colorful style to addictive music, K-pop has something for everyone. And come on, have you seen their dance moves? Try learning a dance for yourself! It’s a great workout, too. Examples here and here.

Since summer’s coming up, we’ll assume a peak wait time of 135 minutes. Add that to the two minutes, 30 seconds of ride time, and you could stand in line and ride it just about 70 times. If it weren’t for those darn lines, you could get on and ride 3,840 times straight. That, though, is not recommended.

Average walking speed is three mph. Now it’s just a matter of choosing your location. With 480 miles, you’d get about 3.6 percent of the way along the Great Wall of China. With some comfortable shoes, you’re good to go!

8) Become 1.6 percent a master of anything

Malcolm Gladwell’s famous rule states that it takes 10,000 hours of deliberate practice to become a master of something—martial arts, dancing, your golf swing, you name it. Whatever you hope to achieve, why not get a head start with the six commercial-free days Netflix affords you?