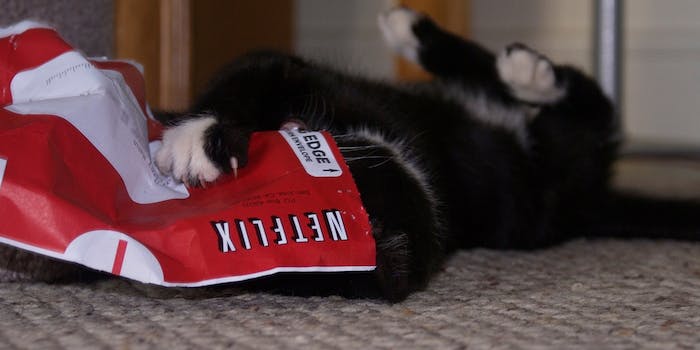 Netflix Roulette is going to change the way you stream

You’ll never be burdened with the age-old question of “What to watch?” again.

It’s said that the average person spends a third of their life sleeping, and at least two hours of their day mindlessly scrolling through their Netflix queue and viewing suggestions, plagued with indecision.

Now, thanks to the invent of Netflix Roulette, you’ll never be burdened with the age-old question of “What to watch?” again.

A frustrated redditor took it upon himself to create a site that allows users to narrow their selection by either TV, film, or both, then by genre from there. Press spin, and you’ll be paired with a single, glorious viewing option that includes a brief synopsis and its’ Netflix rating. The coding and algorithms aren’t based off of your viewing history or user data, like the custom-tailored selection on the Netflix red screen, but this Magic 8-Ball of entertainment at least gives you a viewing option.

Netflix Roulette is designed to be in constant communication with NFLX Crawler so that all newly added programming is incorporated into the roulette experience. It’s currently available as an Android app for viewers on the go, and the creator is even so generous to create an open API for curious developers out there.