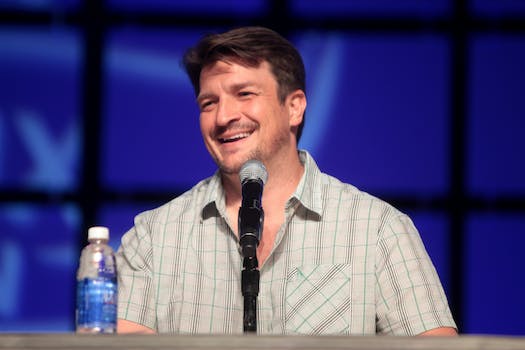 Here's hoping 'Star Trek' is only the first to boldly go to the small screen.

It was inevitable that it would happen eventually, but now it’s official: Star Trek is returning to the small screen.

In recent years, Trek has been dominated by the controversial reboot films—yes, I know they’re not technically a reboot—shepherded by J.J. Abrams. Now that he’s switched galaxies to the Star Wars franchise, Trek is in a time of transition, with a new film, Star Trek Beyond, due out next year, directed by Fast & Furious’ Justin Lin. On the television front, it’s been 10 years since the departure of Enterprise ended a decades-long streak of new televised Trek. Now Gene Roddenberry’s creation is returning to the medium that spawned it—sort of—with a new Trek series headed for CBS’ All Access streaming service beginning in January 2017.

It’s just another example of a continuing resurgence of classic, space-based science fiction on both the big and small screens. It had fallen out of vogue somewhat in recent years, but the success of Guardians of the Galaxy and the return of Star Wars have made the space opera cool again. Even Syfy—which had largely shifted toward cheaper, more Earthbound programming in the past decade—is getting back to its roots with shows like Killjoys, Dark Matter, and the much-anticipated The Expanse.

So it’s just a matter of time before the major streaming nets try their hand at the genre as well. Both Netflix and Amazon have tackled science fiction with Sense8 and The Man in the High Castle, respectively, but those aren’t the sort of epic, star-hopping shows we’re talking about here. And since there have been a spate of older shows getting unexpected revivals of late—The X-Files, Heroes, Gilmore Girls, even freaking Twin Peaks—why not bring back a fan favorite that still has a strong following today? Here are three beloved space-based science-fiction shows perfectly primed for a streaming revival, as well as why—and where—they might work best. And you already know which one we’re gonna start with, don’t you?

It’s the (space) elephant in the room. It’s impossible to write an article like this without addressing Joss Whedon’s Firefly right out of the gate. Even though it only ran for a single season over a decade ago, Firefly’s fandom is as passionate and devout as ever. The so-called Browncoats have been campaigning for more Firefly pretty much from the instant the show was canceled, and they’ve already more success than many a beleaguered fan base: They got the spin-off movie Serenity in 2005 and tons of “canon” comics that have further delved into the show’s characters and universe. But still, they want more. And we can’t blame them, really, because Firefly was awesome! Still, it’s been a long time, and much of the cast has long-term commitments to other shows, which would make any reunion a tricky juggling act at best.

Still, if Firefly were to stage a streaming resurrection, where would it go? Netflix seems the obvious answer, if only because it’s the biggest fish in that particular pond, it’s a content-generating machine these days, and it’s shown a predilection for bringing back shows nobody would have expected (Arrested Development, Gilmore Girls). Firefly and the other shows in the so-called “Whedonverse” have also been a staple of Netflix’s streaming catalog for ages now. And while Netflix hasn’t worked with Whedon yet, they did recently work with two of his disciples: Marvel’s Daredevil was shepherded to series first by Drew Goddard and then by Steven S. DeKnight, both of whom who worked on Whedon’s Buffy the Vampire Slayer and Angel and count him as a mentor. At this point more Firefly is definitely a long shot just given how many schedules would have to be coordinated, but you never know. (It could also be one hell of a get for Hulu, which has been rather bold this year, snagging the exclusive rights to Seinfeld, partnering with Showtime, and swiping a ton of movies from Netflix.)

Bringing back the cast is crucial, because this is one property for which a spinoff set in the same universe but starring other characters simply wouldn’t cut it. Fans love the ’verse Joss Whedon created, sure, but Firefly is all about Malcolm Reynolds and the crew of Serenity; accept no substitutes. And don’t even consider a reboot: The Browncoats would go Reaver and things would get ugly fast. Any future Firefly would need to follow in the footsteps of the upcoming X-Files and Twin Peaks revivals and bring us more of the characters we love, not just new versions of them played by somebody else.

Like Firefly, Babylon 5 was a groundbreaking science-fiction series that attracted a die-hard following, but unlike Firefly, it actually got a chance to live its life. Planned as a five-year arc, J. Michael Straczynski’s sprawling space opera actually made it to that goal post, thanks in part to a last-minute rescue by TNT that granted it a fifth and final season. And while there are some elements of the show that haven’t aged well, there’s still a lot to love about B5, from its deeply flawed and dynamic characters to its massive storylines of ancient powers and stubborn human determination. Straczynski himself announced plans to reboot Babylon 5 as a feature film a year or so back, but few details have been forthcoming since then. And while I’d certainly never say never, a movie just doesn’t seem to be the best format for the type of stories B5—and Straczynski—told best.

But if he gets the greenlight from the powers that be to bring Babylon 5 back to the small screen, he’s already got an in with a perfect home: Netflix.

Straczynski has already brought an original science-fiction series to Netflix in the form of this past summer’s cult hit Sense8, which he co-created with the Wachowskis and which is due to return for a second season. Space-based science fiction inevitably involves a high price tag for effects, CGI, and all the other elements necessary to convince us that the characters we’re watching are exploring the cosmos, rather than an unairconditioned warehouse in front of a green screen. Netflix has repeatedly proven it isn’t afraid of a large budget, and Sense8 itself made use of location shooting all over the world—certainly not a cheap endeavor. With the financial backing and creative freedom of Netflix behind it, a new Babylon 5 series could be something truly special, especially if it abandoned the reboot concept and instead just set out to explore the vast corners of the fictional universe Straczynski created, which is still bursting with narrative potential even all these years later.

Honestly though, I’d just be happy if we could get Babylon 5 on one of the freaking streaming services already.

Far more so than Firefly, a Babylon 5 revival would lend itself to telling new stories set within the show’s universe, but not necessarily set aboard the titular space station or limited to the cast of characters we already know. The Telepath War, the Technomages, or something else entirely: Straczynski created a rich and detailed future history we’ve only seen a small fraction of, so applying a Star Trek approach of “let’s see what’s out there” could work very well with a new B5 series. My personal vote, however? I’d love to see the ill-fated Crusade spin-off done right and given time to tell the story it was actually trying to tell. It was poorly treated and manhandled by TNT, but so much has come out in the years since about where that show was headed. It could truly have been amazing, and that’s one case where I wouldn’t object to an outright do-over, even if it meant leaving behind that series’ admittedly excellent cast.

I certainly wouldn’t be the first to point out how much Marvel’s Guardians of the Galaxy felt like Farscape: The Movie, and that’s high praise coming from me. I’ve actually gotten a couple of people hooked on the show using Guardians as an entry point, so why not take it a step further and use Guardians’ success as an excuse to return to the Uncharted Territories? Farscape shares the same clever narrative hook as Guardians: a protagonist who’s just a regular guy from Earth, helping to ease viewers into the weirder aspects of the story by pointing at them and saying, “Well, that’s weird.” Farscape even more so, since its hero, John Crichton, got dumped into outer space as an adult, rather than being abducted as a kid and growing up with it all.

Like Joss Whedon with Firefly and Straczynski with Babylon 5, Farscape was very much the baby of its creator, Rockne S. O’Bannon. Also like Babylon 5, there have been rumblings of Farscape returning as a movie in recent years. But I think, if you’re not going to go forward with a whole new series, the X-Files model of returning as a limited series is the way to go.

Obviously Netflix is the king of years-later show resurrections in the streaming world, and it’s the only of the three major streaming services where you can watch Farscape in its entirety (well, excepting the Peacekeeper Wars miniseries). But it’s Amazon that has an in with O’Bannon, thanks to its exclusive streaming deal for Syfy’s Defiance, which O’Bannon developed along with Kevin Murphy and Michael Taylor. Amazon has also spent big bucks to get exclusive streaming rights to sci-fi series such as Orphan Black, Extant, and Under the Dome, so they’re definitely embracing the genre. All the more so with this month’s The Man in the High Castle, based on an acclaimed classic of the field and easily the most ambitious project Amazon has been involved with thus far. Netflix has dipped its toe into sci-fi with Sense8, but Amazon could dive in headfirst with its very own space opera in the form of more Farscape. Defiance just wrapped up its three-season run on Syfy… Somebody get Rockne on the phone before his schedule fills up!

Thankfully, Farscape’s ending provides a perfect excuse to return to it all these years later: the child of John Crichton and Aeryn Sun. The series left us with the proud parents introducing their infant son to the wonders of the universe in which he would grow up, so why not make D’Argo “Deke” Sun-Crichton our viewpoint character for a return journey into the Uncharted Territories? The Peacekeeper Wars miniseries aired 11 years ago, but there’s no reason we can’t fast forward a bit to see what Deke is like in his 20s, and that would still allow series stars Ben Browder and Claudia Black to participate without having to be “aged up” too much. Given how important Crichton’s relationship with his father was in the original Farscape, it would be perfect to see Browder shift into the paternal/mentor role for a new series, passing the torch to whoever plays his son.