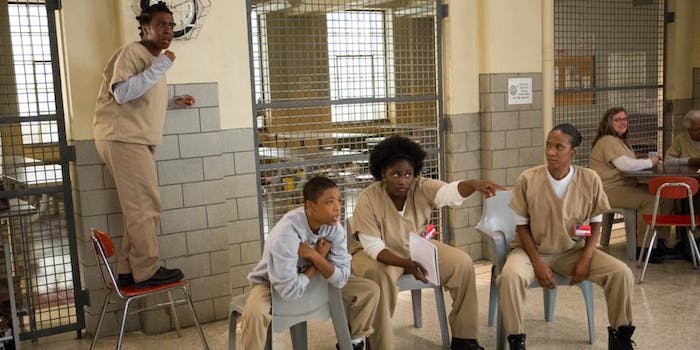 No one is sleeping tonight.

Netflix has graced us all with a sleepless night by releasing season 3 of Orange Is the New Black early.

Attention inmates! Orange Is the New Black season 3 is out on early release. #OrangeCon

It’s time to drop everything, tell your boss you can’t come in tomorrow, and get on the couch.

Originally the release was expected Friday at midnight. But, the inmates at Litchfield have been released earlier than expected. Reports Time:

The move to drop the much anticipated season 3 was announced at the fan-filled OrangeCon event in New York. OITNB character Crazy Eyes, played by Uzo Adubo, stood up during a cast panel to ask Netflix boss Reed Hastings (over a video call) to treat the fans to the entire season sooner than they planned.

Now here: Get to Netflix, fast.