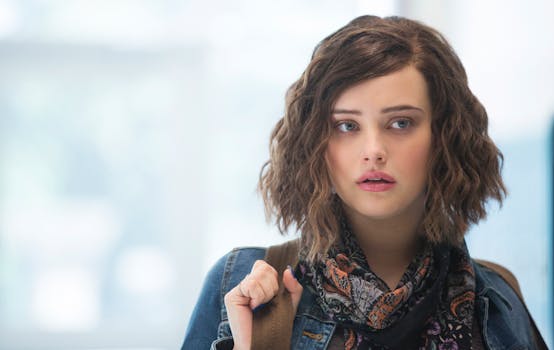 Netflix released its list of 2017’s most-watched shows on Monday, proving that in this swirling garbage fire of a year, people definitely turned to television as a means of escape.

Netflix members around the world watched more than 140 million hours per day—or more than a billion hours per week. The notoriously tight-lipped media company calculated average daily viewing hours per user between Nov. 1, 2016 and Nov. 1, 2017, and broke its results into four different categories. Shows that people watched for more than two hours a day fell under the “Shows We Devoured” category, topped by true-crime mockumentary American Vandal. Several other crime dramas and mysteries made the list, including 13 Reasons Why, The OA, and The Confession Tapes.

Other viewers showed admirable restraint, opting to watch fewer than two hours per day of the “Shows We Savored” category. Perhaps, as a result, the list consisted of more comedic fare, including Big Mouth, Neo Yokio, A Series of Unfortunate Events, and GLOW. It also included the highly topical comedy/drama Dear White People, and historical drama The Crown nabbed the top spot.

Netflix couldn’t resist stirring the pot with its data and listed the  “Shows That Got Us Cheating in 2017”—in other words, the shows that viewers watched ahead of their significant others. Despite their noblest intentions, viewers just couldn’t wait for their partners to get home from work to keep bingeing Narcos, Stranger Things, or Orange Is the New Black.

Still, a few of these programs also proved big family hits, as Stranger Things topped the “Shows That Brought Us Together in 2017” list. Plenty of streamers took comfort in nostalgia, placing Star Trek Discovery, Gilmore Girls: A Year in the Life, and Fuller House atop the list.

See the full lists below, courtesy of Netflix, and pray the media company doesn’t roast you on Twitter for your preferences.

The shows that brought us together in 2017: