What was supposed to be "another side" of the candidate's story turns out to be anything but.

It’s hard to get a handle on Mitt, the gentle Netflix documentary that follows presidential hopeful Mitt Romney from the 2008 Republican primaries to the general election in 2012.

Despite a svelte 92-minute running time, the material comes across as sprawling and unfocused, a patchwork of rarely revealing home movies that use his immediate family as a softening lens. In fact, you have to wonder if the term “documentary” even applies—it’s more of a boring anecdote, endlessly looped. With interludes for group prayer. 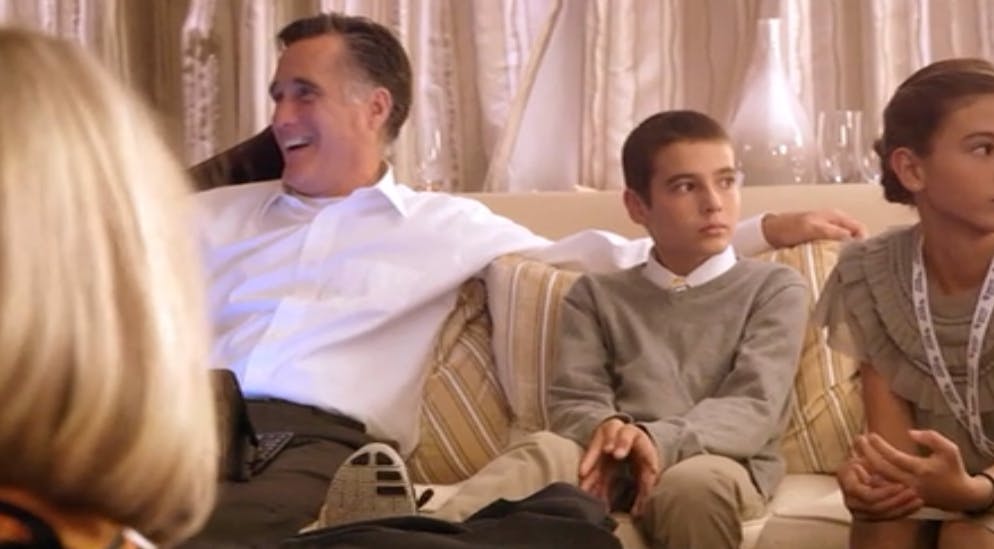 Filmmaker (and fellow Mormon) Greg Whiteley’s unfettered access to Romney and his vast brood is touted as Mitt’s raison d’être, yet there are no shocks, no late-night hotel room confessions that would serve to alter our perception of Romney. Are we meant to be touched that Romney loves his family or thinks highly of his late father? These are qualities that telegraphed just as well on the campaign trail, and they still don’t make someone a good president. The actual mechanics and challenges of running for office, meanwhile, are conspicuously absent. All we see are informal debriefings.

So too are Mitt’s less attractive characteristics on display: his sad, Nixonian desire to be liked, his painful inability to make small talk.

“I love the leaves in the sunlight,” he tells one voter in a fast-food restaurant. “When I was a kid, we would burn the leaves, but we don’t do that anymore.”

Indeed, much of the dialogue here will have you wondering just what these people are talking about, and why it should matter to us. In one lengthy scene, after a tough debate with President Obama, Romney and one of his sons argue at length about whether there’s a food court at the Delta terminal in New York’s LaGuardia Airport. Riveting stuff, I’m sure, just not when you consider the context—or the fact that the film jumps directly from 2008 to Romney’s “47 percent” gaffe in 2012, skipping months of bloody competition with Gingrich, Perry, Bachmann, and Santorum.

The film’s flattening effect, a result of the effort to counterbalance Romney’s image as a corporate vulture, actually brings a handful of otherwise insignificant oddities to our attention. We see Romney drinking caffeinated soda, which the Church of Latter-Day Saints did not officially permit until September 2012. We learn that Mitt’s wife Ann rides horses in part because it helps keeps symptoms of her multiple sclerosis at bay—but she’s then shown pulling and holding onto a horse’s tongue, which equine dentists will tell you is a no-no. A Romney son whose nerves are frayed as polling places close asks to be slapped in the face, hard, by someone else in the room, and when he gets what he wants, he demands a slap on the opposite cheek.

The sequence Whiteley singles out for special attention is, of course, the night that Romney loses to Obama: It’s what we walk in on before the film backtracks to 2006 and brings us full circle. Apparently it’s crucial that we hear Romney utter the question “What do you think you say in a concession speech?” twice. The remark is especially curious given that six years before, the entire Romney family seems on the verge of tears just discussing the possibility of a presidential run and always appear girded for humiliating defeat even when their patriarch is doing well.

“You’re branded a loser for life,” Romney says of party nominees who fall short, keenly aware and desperately afraid that he is going to disappoint his kids, his wife, and his staff. 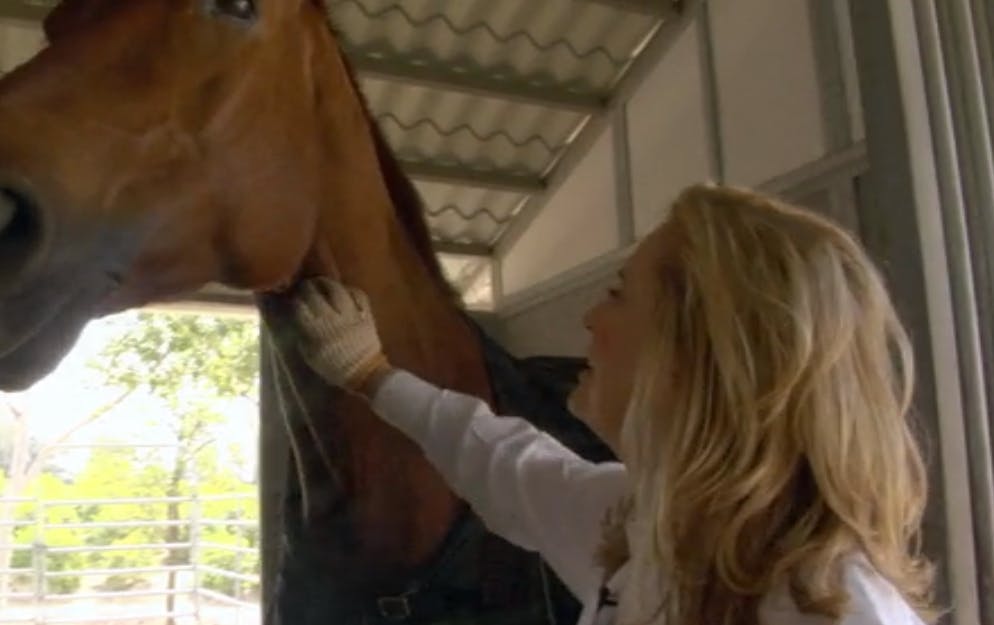 But for all the bleary-eyed pessimism about his chances and depiction as “the flippin’ Mormon,” Romney still manages to act the shocked victim, expressing disbelief at unfair debate moderators and hateful remarks from the managers of rival campaigns. He is at once familiar with the savagery of political theater and easily wounded, certain that the country needs him and yet totally lacking in moral conviction. He strangely identifies with Pappy O’Daniel from the Coen brothers film O Brother, Where Art Thou?, a complacent, do-nothing southern incumbent governor up against a Democratic rival with ties to the Ku Klux Klan. He grasps at straws when it comes to viable examples: “I was talking to Papa John’s—you know, from Papa John’s Pizza,” he reports at one point. “He said he wouldn’t have started his business in this economy.”

Sure, Mitt’s “not a bad guy,” as his family loves to insist, and since we completely gloss over his positions and ideas about governance, that’s about all we’re left with. But Romney was only ever a punching bag in the context of his aspiration to become CEO of the United States.

Seeing him try to iron his tuxedo’s cuff while wearing it, or hug his grandchildren, or express a preference for his favorite old duct-taped gloves, or just snack on nuts and tidy up in a hotel suite while waiting for bad news: These moments are humanizing, and wholly irrelevant. Whiteley’s talent is for a digressive kind of hagiography, in which only the mundane details count. What he ends up with is a portrait of a friendly, awkward, devout businessman who cannot read the national mood, which is exactly what we already understood Romney to be.

The greatest indictment of Mitt, however, is that it pretends to pull back the curtain on the noble core of its subject while in fact exposing him as an ideological vacuum. Not long after Romney criticizes “the 47 percent” for being reliant on government assistance, he tells the story of a voter who asked, “Can you help us?” and emphatically says, in an unconscious echo of Obama, “Yes, we can.” So which is it? The lack of defining motivation becomes an intrinsic feature of his campaign. “If I don’t do it, who the heck will?” he asks of the job of commander-in-chief, as though he’s running for student council. Trouble was, the country wanted more than a buttoned-down figurehead who happened to be next in line.