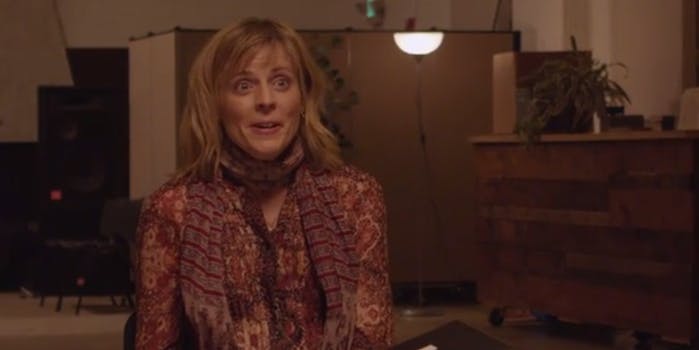 Ask her about her new god.

Netflix has been a supportive platform for standup comedians and their projects, and praise Jah, because Maria Bamford is the latest green light.

According to the Hollywood Reporter, Netflix picked up 13 episodes of Lady Dynamite, a half-hour comedy based on “surreal episodes” in Bamford’s life. Arrested Development producer Mitch Hurwitz and South Park’s Pam Brady penned the pilot, and Bamford will serve as the show’s co-executive producer.

Last fall, the comedian and actor told Splitsider about a show she and Hurwitz were pitching to Netflix. It was still in negotiations then, but she said her dream “would be to star on a show where everybody is who they are in real life in terms of Louie or something like that where there’s no big makeup or costuming—just to have, at least to me, more realistic depictions of people.”

Bamford starred in the short-lived Funny or Die webseries The Program last year, and appeared on season 4 of Arrested Development as Tobias’s new girlfriend. Giving her the spotlight is one of the best decisions Netflix has made. Hopefully it’s gonna get weird.