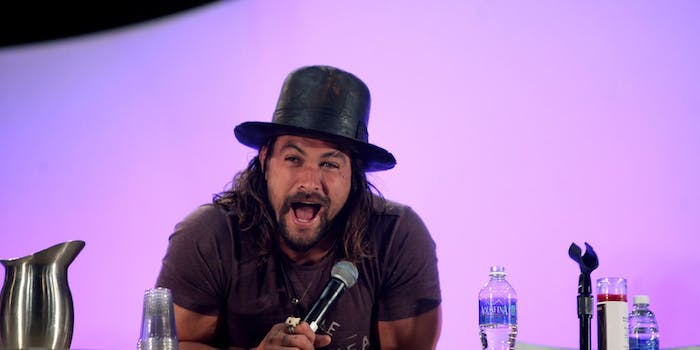 ‘Game of Thrones’ star Jason Momoa is heading to Netflix

Netflix is getting in on the action.

Netflix is heading West with its latest drama.

The company announced today that Frontier, a Western set in the 18th century, will be its latest new drama series. Frontier is set to star Game of Thrones’ Jason Momoa, and is described as an “action-packed adventure drama following the chaotic and violent struggle to control wealth and power in the North American fur trade in the late 18th century.”

Told from multiple perspectives, the series takes place in a world where business negotiations might be resolved with close-quarter hatchet fights, and where delicate relations between Native tribes and Europeans can spark bloody conflicts.

Netflix has already come under fire for Adam Sandler’s upcoming Western series The Ridiculous Six, after Native American actors and cultural advisors walked off the set in April, in response to insensitive depictions of Native culture. It will be interesting to see how this cast—which is set to include Hemlock Grove’s Landon Liboiron and Downton Abbey’s Zoe Boyle—develops.

San Andreas director Brad Peyton will direct the drama, which has been commissioned by Discovery Canada. A premiere date has not yet been set.