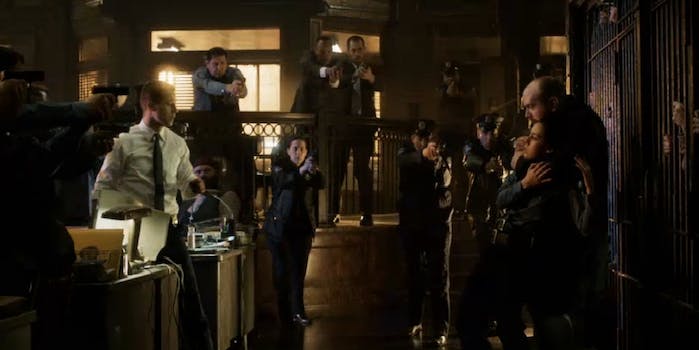 Netflix snags syndication rights to ‘Gotham’ before it even premieres

Anything related to Batman has the Midas touch, and Netflix knows it.

With the growing popularity and financial success of streaming, on-demand networks such as Netflix, the market for television programming has evolved from friendly competition to blood sport.

Netflix is determined to alter the traditional approach to network development and syndication by not only creating its own original shows but also by securing the rights to television series it feels will appeal to its growing audience. To that end, two weeks before it debuts on network TV, Netflix has purchased the rights to Gotham, a Fox program that is a prequel among the Batman family of films and TV shows.

Netflix’s pact with Fox comes on the heels of a deal the on-demand network made in late August with Sony Pictures to buy the rights to season one of The Blacklist which will launch its second season on NBC Sept. 22. Industry sources said the deal was for $2 million per episode. That deal, the most lucrative for an on-demand service to date, eclipsed the previous $1.35 million per episode Netflix paid for AMC for The Walking Dead.

Prior to the advent of streaming TV networks, the syndication business was largely limited to cable networks and local TV station buyers, who traditionally purchased programming after 100 episodes or five years of airing. With the entry of Netflix, Hulu, Crackle, and others, an unbounded seller’s market for has emerged for shows that have a particular appeal to young audiences. In a typical week, for example, The Blacklist dominated its timeslot with a strong 2.8 Nielsen rating among adults 18-49. And anything related to Batman has the Midas touch: The last two films in the Christopher Nolan Batman film trilogy—The Dark Knight and The Dark Knight Rises—each grossed more than $1 billion with a huge appeal to young audiences. Early reviews of the new Gotham series have been favorable.

Netflix is on track to build a network of diverse programming. In addition to its licensing deals, the streaming service will launch a new late-night talk show featuring Chelsea Handler in 2016 along with original productions including Marvel action drama, Daredevil, a sci-fi series  Sense8 and Narcos, a series based on drug kingpin Pablo Escobar.