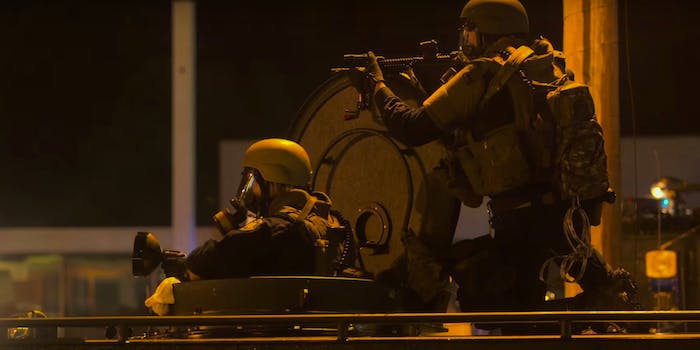 Craig Atkinson says his experience with Netflix is a cautionary tale for filmmakers.

Netflix‘s beefed up slate of documentaries has received a lot of attention, and in 2016 the streaming giant released quite a few essential docs, like Ava DuVernay’s 13th. But one filmmaker who passed on a Netflix deal says he wants to shin a light on just how much power the company wields.

Business Insider has an interview with Craig Atkinson, director of the doc Do Not Resist, which explores the militarization of police in America and use of force against citizens—including chilling footage from Ferguson, Missouri. In April, right before the film debuted at the Tribeca Film Festival, a Netflix executive called Atkinson and said they were interested in making an offer on the doc to make it a Netflix original—if he would be open to changes and handing over exclusive rights. The offer was allegedly made via algorithm.

Atkinson declined the offer, but soon after he discovered any other interested parties had pulled out. He was told by a Netflix exec that “there’s only one way in.”

For all of Netflix’s focus on building original titles, Atkinson’s story offers a look at the inner workings of the global company, and how value is put on art. Atkinson told Business Insider: “We dodged a bullet not taking the deal. They would have destroyed three years of work.”