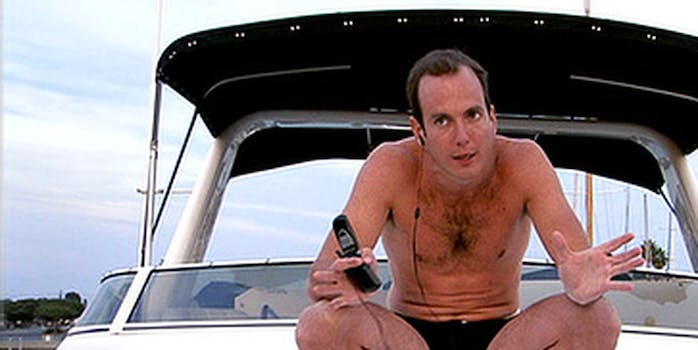 What a fun sexy time for you.

If your head is still spinning from the punchy cliffhanger that ended Arrested Development’s Netflix-exclusive fourth season, take heart: The Bluths will ride again—at some point.

In comments to USA Today, Netflix Chief Content Officer Ted Sarandos said he is “positive” that more episodes are in the offing. “It’s just a matter of when,” he added. The screwball sitcom’s creator and showrunner, Mitch Hurwitz, has also pledged to make season 5 a reality.

Once again, however, the ensemble cast’s many scheduling conflicts will delay production. And unlike last time, Hurwitz doesn’t want to work around these issues with a splintered “anthology” format, which irked fans who wanted to see their favorite characters share more screen time.

Because it would be more “doable” to gather everyone for a shorter film shoot, Hurwitz said, the oft-teased Arrested Development movie could happen before the next full season does. He’s also considered doing a one-off special or three-part kickoff to a longer run of episodes.

In any case, even if it’s another long wait for more, the story of a wealthy family who lost everything (and the one son who had no choice but to keep them all together) seems far from over. Try not to blue yourself with excitement.