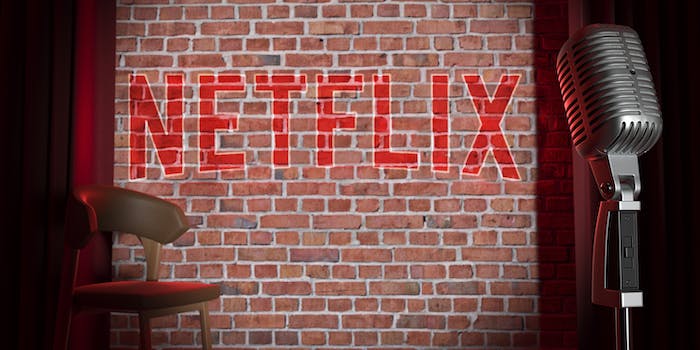 Netflix is serious about comedy.

Netflix is debuting comedy specials from Dave Chappelle and Amy Schumer this month, with new specials forthcoming from Tracy Morgan, Jerry Seinfeld, Chris Rock, Louis C.K., and Sarah Silverman. This is a pretty fortified wall, but Netflix isn’t stopping there.

The streamer plans to release a new comedy special every week for the remainder of 2017, according to the Verge. It’s part of Netflix’s plan to make half its library original content or series. But it’s also blown past cable channels like HBO and Comedy Central in terms of making standup specials a marquee feature and destination. Comedy specials are easier and cheaper to produce than a TV show, which could explain how exactly Netflix pulls this off. But by locking popular comedians like C.K. and Chappelle into more than one special, it insures they’ll be a Netflix-only commodity for a while.