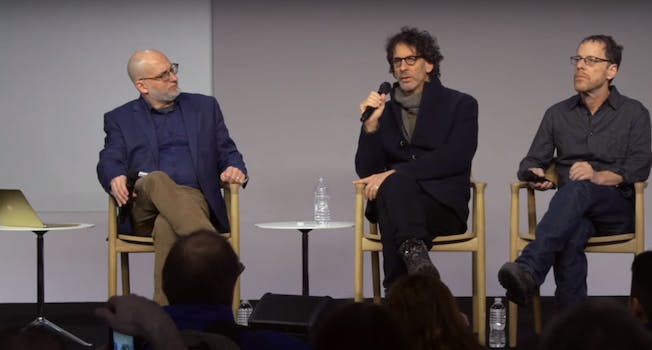 'The Ballad of Buster Scruggs' already has a star-studded cast.

The brothers who brought the world The Big Lebowski, True Grit, No Country for Old Men, and Fargo are creating their first TV series, and its landed on Netflix. The show, which is called The Ballad of Buster Scruggs, is described as a “Western anthology” that will follow six different stories about America’s Wild West. The brothers will produce, write, and direct the series, which is expected to premiere next year.

In the past, the show has been described as a miniseries, which was considered for a feature-length film but instead, because of its scope, will be a multi-part show with each individual chapter being its own story. The cast includes James Franco, Tim Blake Nelson, Ryne Daley, and Zoe Kazan, among others.

The Coens’ statement? “We are streaming mother [email protected]#%er!”

Some much needed enthusiasm for Netflix, which recently announced it lost its distribution deal with Disney, which is looking to start its own SVOD service. Of course Disney movies aren’t by any means the reason people are paying $8 a month for the service, but it does take a little bang out of the buck. In order to help curve its reliance on outside content Netflix is in the works of making its slate of offerings 50 percent original programming.