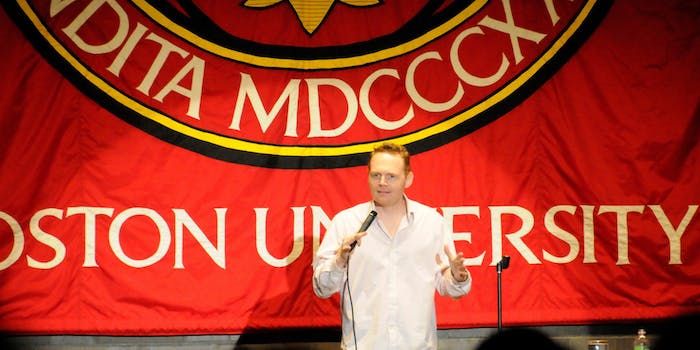 Netflix is building up its in-house comedy roster.

Netflix’s original comedy roster continues to grow as the streaming network has announced a new animated show for 2015, F Is for Family, which puts the spotlight on the gritty stand-up talents of Bill Burr.

F Is for Family is headed by Burr and Emmy-winner Michael Price (The Simpsons) and focuses on the working-class Murphy family living in the ‘70s in a less kind and gentler time when bopping your kid on the head was considered proper parenting. Burr will assume the role of Frank Murphy, the head of the Murphy clan, with Laura Dern and Justin Long adding their vocal talents as Burr’s wife and son.

Similar to the path of Chelsea Handler, whose comedy special preceded her new Netflix talk show, Burr’s exclusive performance of I’m Sorry You Feel That Way, will premiere Friday, Dec. 5.

Burr’s popularity comes from his ability to use and master multiple media to deliver his work and hone his craft. His stand up specials, such as the 2012 You People Are All the Same, draws large audiences on YouTube and his work in the fourth and fifth seasons of Breaking Bad as ex-cop Patrick Kuby adds to his connection and familiarity to fans of that popular series. Burr also does a weekly podcast that delves into topics that span the gamut from the Ebola virus to the woes of professional football.

Netflix is investing heavily in original animated comedies. The network recently debuted BoJack Horseman and Dreamworks’ Turbo FAST. In queue to join the roster are All Hail King Julien ( from the Madagascar films), Puss in Boots, Dinotrux, and Magic School Bus 360.

Screengrab via Julian Jenson/Flickr (CC BY 2.0)