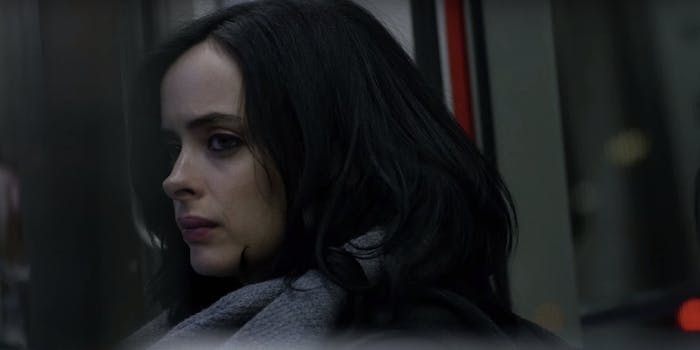 How will Netflix, Hulu, and Amazon top their remarkable 2015?

The last 12 months have been terrible news for the cable and satellite companies but great for cord-cutters.

The old year is in the rearview and 2016 is stretched out before us, so naturally it’s time to stare into that mirror and reflect. 2015 was a banner year for streaming entertainment, with Netflix, Amazon, and Hulu all jockeying for the dollars and eyeballs of an ever-expanding audience. It may have been bad news for the cable and satellite companies, but it was great news for cord-cutters and anyone tired of paying huge monthly fees for the privilege of never watching ESPN 8. Look no further than last night’s big wins for Amazon Studios’ Mozart in the Jungle for evidence that it’s working.

Here are the six best things to happen to streaming entertainment in 2015, from new shows to returning favorites to exciting new projects to look forward to. Let’s hope 2016 can keep up!

Marvel has spent the past seven years blitzkrieging the box office and creating the massively successful multimedia juggernaut that is the Marvel Cinematic Universe. Its first foray extending the MCU into television—ABC’s Agents of S.H.I.E.L.D.—has been a hit-or-miss affair, so when news came that Marvel was partnering with Netflix for shows based on second-tier characters such as Daredevil, Luke Cage, and Iron Fist, it certainly wasn’t an experiment that was guaranteed success. Thankfully, fans needn’t have worried. Now two shows along its path toward the eventual Defenders miniseries, the Marvel/Netflix partnership is producing some of the best MCU material yet.

Under the stewardship of first Drew Goddard (Cabin in the Woods) and then Steven S. DeKnight (Spartacus: Blood & Sand), Daredevil finally got the adaptation the character deserved, serving up a morally complex, punishingly violent take on the blind vigilante that erased all memories of Ben Affleck in red leather. Then along came Jessica Jones—by far a riskier venture—and Marvel spun yet another hit out of a character few people outside of comic-shop regulars had even heard of. Many praised Jessica Jones as even better than Daredevil, and it’s all the more important since the Marvel Universe needs more strong, compelling female characters to break up the boys’ club it sometimes can be. Now if they can just make Iron Fist work…

As more people decide to “cut the cord” and cancel their monthly cable and satellite subscription in favor of streaming services like Netflix and Hulu, there remain a few obstacles to a truly carefree cord-free existence. Sure, the streaming landscape offers more content than anyone could consume in a lifetime, but a lot of it is crap, and all too often the shows and movies viewers most want to see are nowhere to be seen. HBO began leading the charge to change that with HBO Now in 2015, offering viewers the chance to subscribe to HBO without the need for a cable or satellite middle man. No more missing Game of Thrones or True Detective just because you didn’t want to drop a bundle on a cable bundle. Sure, there was still a monthly fee, but you were paying for content you actually wanted, as opposed to 300 channels you’d never once watch. HBO also partnered with Amazon Prime, giving Prime customers access to tons of older HBO content… albeit not the hottest current material like Thrones.

Things only got better as the year went on, with Showtime following suit with its own over-the-top subscription service Showtime Anytime, which partnered with Hulu and Amazon Prime, as well as other services, to allow viewers access to tons of Showtime content—including new episodes of currently airing series, thus one-upping HBO’s Amazon Prime partnership. Finally, in December Amazon added Starz to its monthly subscription options, meaning Prime members could watch current episodes of shows such as Outlander, Black Sails, and Ash vs. Evil Dead. It was a helluva year for cord cutters, and the reasons to maintain that cable or satellite subscription are dwindling by the day.

3) Amazon alters history with The Man in the High Castle

What if the Axis powers had defeated the Allies in World War II, splintering history off along a very different path? That possibility is one that fiction has been exploring for seven decades, but Philip K. Dick’s The Man in the High Castle, first published in 1963, remains one of the most iconic examinations of that alternate history scenario. Given how fond Hollywood is of raiding Dick’s bibliography, it’s kind of amazing that it took until 2015 for somebody to bring The Man in the High Castle from page to screen. Thankfully, Amazon Studios has rectified that, bringing Dick’s vision of an Axis-occupied America to life in ambitious, critically acclaimed fashion.

The Man in the High Castle had been in development since 2010, when it began life as a proposed four-part mini-series for BBC One, under the stewardship of executive producer Ridley Scott. From there, it briefly shifted homes over to Syfy before eventually landing at Amazon. The final product became Amazon’s most-watched pilot since the inception of its “pilot season” program, and the series is currently rated 95 percent Fresh on Rotten Tomatoes. With The Man in the High Castle, Amazon has proven capable of telling sprawling, ambitious sagas just as well as smaller, more personal dramas like Transparent or Red Oaks. That versatility is crucial in challenging the head start Netflix has in the area of original programming.

Netflix is how most of us here in the States first encountered the outstanding British sci-fi anthology series Black Mirror, and the show’s availability on Netflix Instant has unquestionably helped propel it to one of the most buzzed-about programs of 2015. Created by British TV vet Charlie Brooker (Dead Set), Black Mirror follows in the footsteps of shows like The Twilight Zone and The Outer Limits, examining our own culture through the distorting lens of speculative fiction, in the process delivering cutting criticisms of our often dysfunctional relationship with technology. The show has only aired two short seasons of three episodes apiece, plus a holiday special starring Jon Hamm (which finally hit Netflix last month), so it was great news indeed when Netflix announced this past September that it would be producing a third season of the show.

The TV anthology is undergoing a bit of a renaissance at the moment, with seasonal anthologies such as American Horror Story, True Detective, and Fargo thriving, but Black Mirror is the closest the episodic anthology has rebounded toward its Rod Serling glory days in a long time. Hopefully it will spawn worthy competition, but in the meantime here’s hoping Netflix keeps sifting dark little gems from Charlie Brooker’s mind for a long time to come.

4) Star Trek charts a return, and so does … Lost in Space?

Trek fans have been begging Netflix to help bring Gene Roddenberry’s beloved sci-fi universe back to the small screen for years now, and in November word finally came that Star Trek would indeed finally be warping back to television, just not on Netflix. Instead the franchise will boldly go onto CBS’ own subscription streaming service, CBS All Access, after premiering the first episode on the parent CBS network in January 2017. So many people have been anticipating Trek’s eventual return to the small screen, especially in the wake of J.J. Abrams’ divisive Trek movies, it’ll be interesting to see whether those fans will be willing to pony up an extra monthly subscription fee to get their fix. I have a sneaking suspicion there will be a lot of people hitting the torrent sites.

Meanwhile, Netflix is jumping aboard the wagon train to the stars, but with a wholly unexpected resurrection (which probably shouldn’t surprise us, since that’s kind of Netflix’s thing). Netflix announced in November that it is developing a reboot of the campy ’60s sci-fi series Lost in Space. There are few details about what to expect from this new Lost in Space at this point—will it stay true to its light-hearted roots or attempt a Battlestar Galactica-style gritty makeover? With space-based sci-fi surging in popularity thanks to the return of Star Wars, Guardians of the Galaxy, and new shows like The Expanse, it was just a matter of time until Netflix or Amazon tried to snag a piece of that action.

Netflix has a history of resurrecting long-cancelled or concluded series, beginning with Arrested Development and then ranging through Longmire, The Killing, Star Wars: The Clone Wars, and even an upcoming Gilmore Girls revival. Hell, there’s even that impending Full House sequel series, Fuller House. Still, out of all of it, the most exciting thing they’ve brought back to life is the cult classic sketch comedy series Mr. Show, in the form of W/ Bob & David.

OK, sure, it isn’t called Mr. Show, but in every way that matters, it’s picking up right where the acclaimed HBO series, which ran from 1995 to 1998, left off. W/ Bob & David reunites Mr. Show front men/mad geniuses Bob Odenkirk and David Cross, but just as importantly it brings back Mr. Show alumni including Brian Posehn, Tom Kenny, Paul F. Tompkins, Scott Aukerman, Mary Lynn Rajskub, and Dino “Star-Burns” Stamatopoulos, just to name a few. While the four-episode first season might not have yet reached the brilliance of, say, the “Pre-Taped Call-In Show” sketch from Mr. Show, it’s still funny as hell and a treat to see some of the greatest comedic talent around back together and feeding off one another.