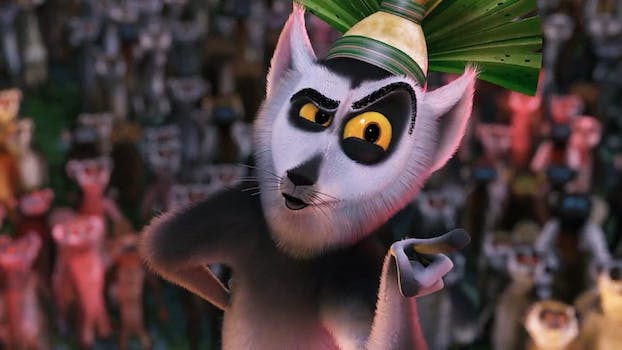 Netflix loves breaking entertainment industry standards, even its own. The streaming video-on-demand service will release the first five episodes of DreamWorks Animation’s (DWA) All Hail King Julien on December 19, 2014, with additional episodes released in 2015.

The staggered release differs from Netflix’s typical practice of producing original programming and debuting it all in one binge-watchable fell swoop. However, Netflix and DWA have noted animation takes longer to create, so subsequent release dates for new material is simply part of the equation. The two companies previously released Turbo FAST in the same manner.

Announced earlier this year, All Hail King Julien will center around the popular lemur from DWA’s Madagascar franchise, and feature the voice talents of Henry Winkler, Danny Jacobs, Andy Richter, Kevin Michael Richardson, and India de Beaufort. The series will be available to Netflix subscribers in most parts of the world covered by the agreement DWA and Netflix made last summer (with the exception of Germany, Austria, and Switzerland).

“All Hail King Julien is really a showcase for our talented artists to bring the Netflix audience the great storytelling, compelling characters and fantastic design that is the hallmark of DreamWorks Animation,” said Margie Cohn, head of TV for DreamWorks Animation, in the release.

In addition to the lemur-focused series, DWA will be creating ten new, exclusive series for Netflix by the end of 2016 (including one centered around Puss In Boots and another based on the Veggie Tales universe).