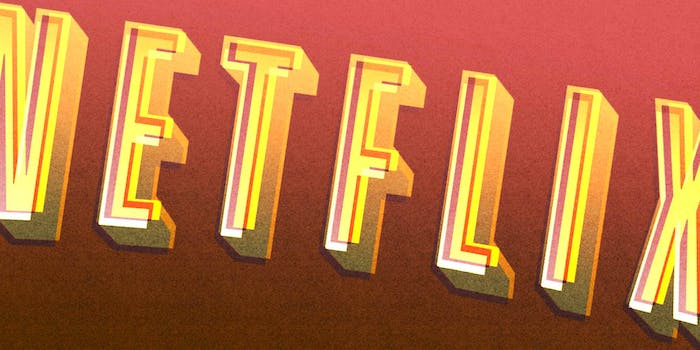 Netflix is testing ads, but don’t freak out yet

Netfix is testing advertisements—but don’t freak out yet. You’ll still be able to watch your favorite TV shows and movies without seeing an ad for, say, alcohol or pharmaceuticals. However, you might start seeing an ad for Daredevil or another Netflix original series.

The ad test was first reported by CordCuttersNews, which noted both pre- and post-show advertisements on multiple streaming devices. Netflix is confirming to TechCrunch that it’s not going all-in on ads like you might see on Hulu or YouTube, rather ads only for its own standalone series.

Previews for Netflix’s original programming have appeared at the end of shows for a while, so the new additions will just appear at the beginning. And while Netflix says it’s keeping it exclusive to original shows for now, there’s definitely a huge opportunity for third-party advertisers to pay the company for highly targeted ads.

The pre-roll ads for Netflix series is a small test, and isn’t rolling out to everyone. It might never go beyond a test. But for now, you might have to suffer through a trailer of Unbreakable Kimmy Schmidt before jumping into your favorite documentary. Though you can be grateful knowing no third-party ads will be popping up to ruin your binge-watching experience. Yet.