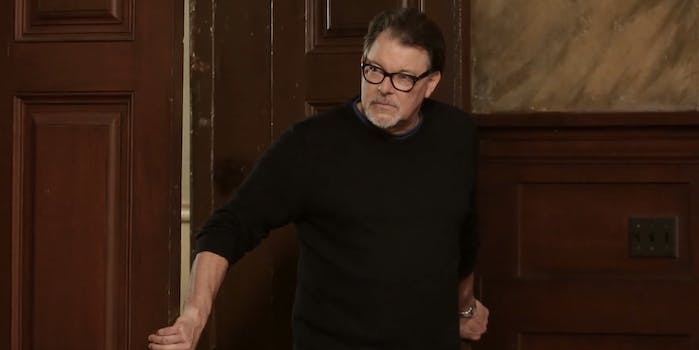 Finally, a way to settle your disputes once and for all.

Want to settle your fandom-related dispute in front of a judge and set that flame war aside for good? The good folks at Skybound have made that fantasy a reality with Nerd Court, a new webseries that’s a nerdy play on classic show The People’s Court.

All cases will be presided over by Malcom Barrett, with help from YouTube personalities like Tessa Netting, Steve Zaragoza, and Joe Penna, among others. Guests will present their case and agree to abide by the judge’s ruling, and the loser is bound to “never to post about the subject on the Internet again.” Of course, debate in the comments is highly encouraged.

In an upcoming episode “The Trial of William T. Riker,” Jonathan Frakes, who played Riker on the Star Trek series, makes a guest appearance as an expert witness.