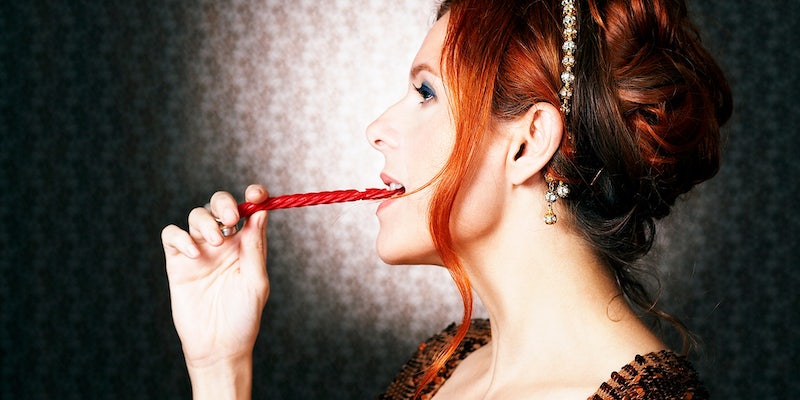 Neko Case had the best response to a sexist ‘Playboy’ tweet

On Wednesday, musician Neko Case got a shoutout from Playboy, linking to a story about her on their website. However, the publication made one fatal mistake in its promo tweet.

Ah yes, the timeless “woman in music” label, which is still circulating in 2014, despite being ridiculously antiquated. After Case put those “pussy shavers” in their place, she then took on the old “but it was a compliment” response with a quote that should be on a T-shirt or engraved on a Neko Case monument, which should be erected immediately.

A thousand times yes. For years, Rolling Stone published a patronizing “women who rock” issue, as if women were a genre. Other publications are still using that tired trope. Just last month, Elle published a Women in Music 2014 issue. Case pointed this out—and why women shouldn’t have to take it as a compliment.

To be fair, it’s not just @PlayboyDotCom who do the “Women in…”, everyone still does it, WOMEN do it. I can’t hang.

And no, I didn’t read it. Wouldn’t be able to get past “Woman in..” if I had no idea who I was, which is the point; women NOT a niche market

Also, I finished my period last week. Thanks for checking.