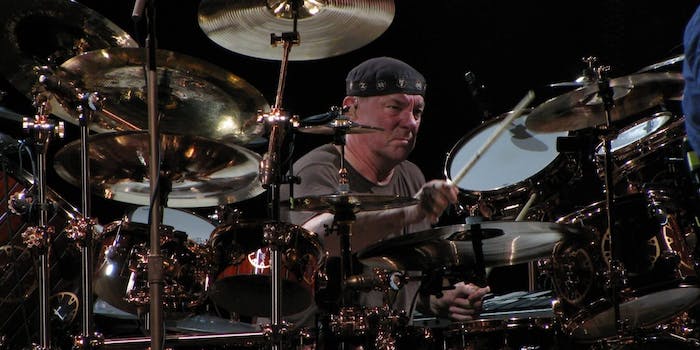 The rock legend and Rush songwriter is considered one of the best drummers ever.

Neil Peart, lyricist and drummer for Rush, is dead at 67, according to Rolling Stone.

The 67-year-old drummer reportedly battled brain cancer for three years, though the illness was kept quiet. According to reports, he died on Tuesday in Santa Monica, California. Rush, which Peart joined in 1974, stopped touring in 2015. Peart is survived by wife Carrie Nuttal and daughter Olivia.

The Hall of Fame drummer is considered to be one of rock’s most technical, masterful musicians, and his death immediately became the No. 1 Twitter trend in the United States on Friday as fans offered social media tributes. It also became the top search trend on Google News.

Words fail me when I think of the gift that Neil Peart was. Sometimes, cancer takes the finest people, and in this case, that is what happened. It's difficult to think of a world without Neil in it. May he rest in peace. pic.twitter.com/ZqDnEYlG5x

Reddit’s Rush fandom community, which boasts 20,227 members, was likewise in mourning and shock.

“I just got the news from my dad that Neil Peart died. My dad is a drummer in a rush tribute band, which means he is extremely devastated. It sucks to know that another great musician passed away,” added redditor Sir-Joseph.

Even on the Daily Dot’s company Slack, rock fans were bummed as hell.