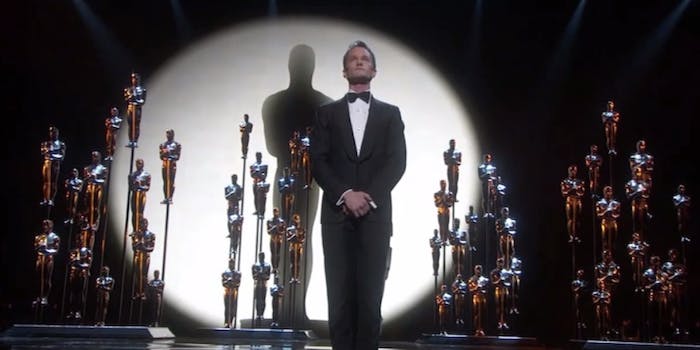 Neil Patrick Harris’s opening number at the Oscars was flawless

In case you missed it.

When it was announced that Neil Patrick Harris would be hosting this year’s Academy Awards, we knew there was inevitably going to be a big musical number to look forward to.

But we couldn’t have known that Anna Kendrick and Jack Black would lend a hand to make it totally epic.

Harris really hit the ground running this year, starting with his “best and the whitest” zinger, and he’s been owning it ever since. Keep up with the night’s increasing insanity in GIF form over on the Daily Dot Tumblr. We promise it’ll be better than Left Shark.