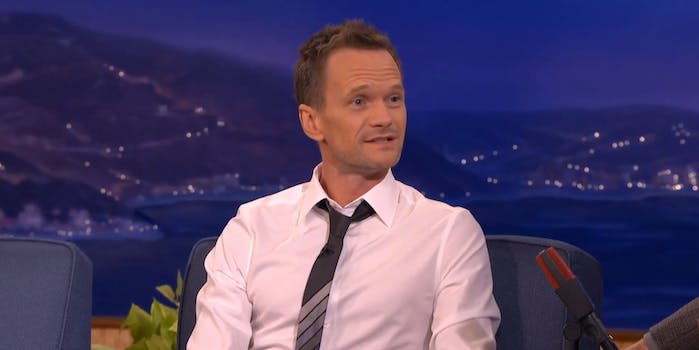 Have you heard about Ted and Barney’s naked history?

After Neil Patrick Harris bared all in Gone Girl, Conan O’Brien decided to ask him a series of tough and low-hanging questions about his big sex scene. Harris was more than happy to answer them. It’s not the first time he’s been naked for a part, either.

In the Thursday night interview on Conan, Harris retold the story of how he and How I Met Your Mother costar Josh Radnor were naked together in a play in Los Angeles before they joined the show.

Few other people could make helicopters and windmills sound so charming yet dirty.