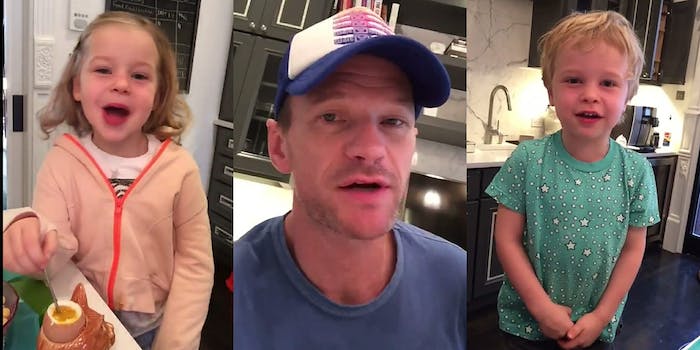 Neil Patrick Harris is raising the next generation of stars.

In a Facebook video posted on Thursday, the actor caught his young children, twins Gideon and Harper, singing two very different breakfast-time songs, both of them hamming it up for the camera.

Gideon’s got the Star Wars theme song down. And Harper—well, she does a montage of sorts, including a My Little Pony song that she might have improvised.

This family is living a non-stop live-action musical. Harris’s husband, David Burtka, says it all, really.

I mean, remember their Halloween costume from last year?