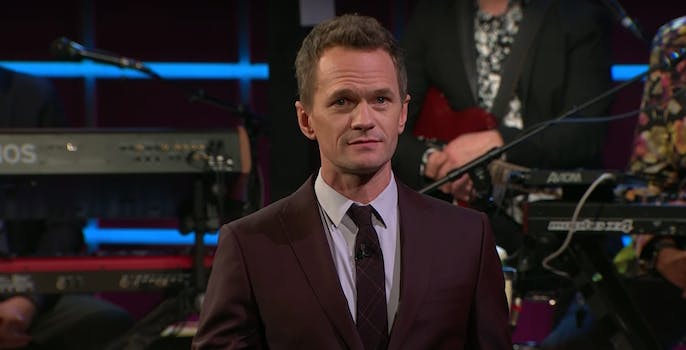 Woods mocked a 10-year-old boy for being 'gender creative.'

Early Monday morning, the actor, from his verified account, posted a photo of a family celebrating their “gender creative son” at a Pride event. Then, assuming it was his place to do so, he called out their parenting skills and suggested the child would later kill them.

This is sweet. Wait until this poor kid grows up, realizes what you've done, and stuffs both of you dismembered into a freezer in the garage pic.twitter.com/1k3ITApFsF

Neil Patrick Harris wasn’t having it and addressed the hateful tweet. The Human Rights Campaign seconded his statement.

Utterly ignorant and classless, Mr. Woods. I'm friends with this family. You know not of what you speak, and should be ashamed of yourself. https://t.co/ZrbtZH49sp

Thank you @ActuallyNPH for taking a stand against this vulgar & hateful statement. All children should be accepted & loved for who they are.

Woods posted a homophobic tweet about Anderson Cooper in May and has turned Twitter into a litigation playground: He’s been sued for tweets and has sued over tweets.

The mother in the photo, Lori Duron, wrote about her son attending his first Pride event in June: “My sweet, fabulous, rainbow boy has never received so many compliments. He’s used to getting stares and whispers when we’re out in public. He’s not used to getting the smiles, hugs and encouragement he received at Pride.”