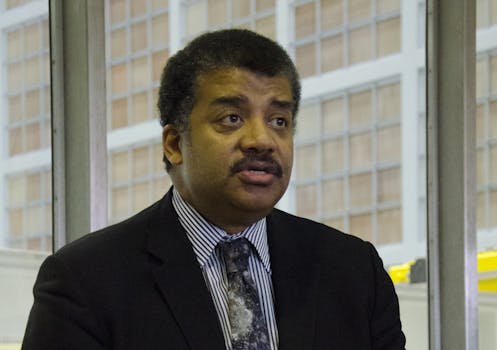 Tyson will host Star Talk on the National Geographic Channel.

Watch out, late-night hosts. Astrophysicist Neil deGrasse Tyson is about to enter the talk show arena. According to the Hollywood Reporter, Tyson will host a late-night talk show on the National Geographic Channel starting this spring.

The weekly series will be called Star Talk and share a similar format as Tyson’s popular podcast by the same name. Tyson is working on new elements that will be added to the TV version of Star Talk. The only addition revealed so far is that Bill Nye will be given a minute to rant on each show.

“Cosmos allowed us to share the awesome power of the universe with a global audience in ways that we never thought possible. To be able to continue to spread wonder and excitement through Star Talk, which is a true passion project for me, is beyond exciting. And National Geographic Channel is the perfect home as we continue to explore the universe,” Tyson said during the Television Critics Association press tour.

The late-night show will be taped at the American Museum of Natural History’s Hayden Planetarium in front of a live studio audience. It is set to debut in April.