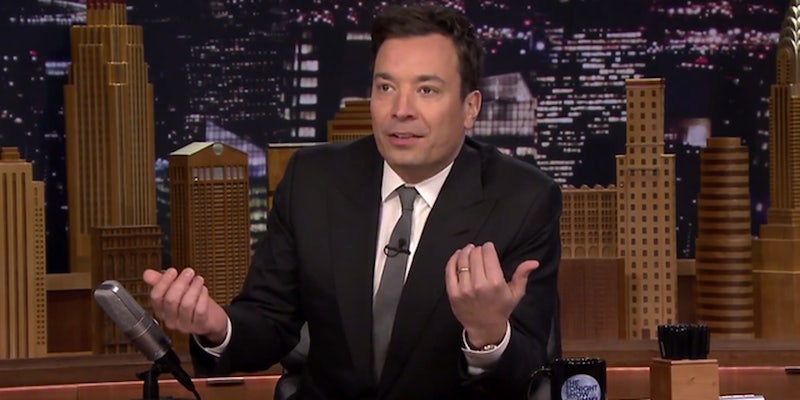 NBC to debut bundle service for ‘Tonight Show’ and ‘SNL’

Wait for the morning no more.

For cord cutters, consuming The Tonight Show and Saturday Night Live episodes has become a morning-after endeavor. Many of the clips, especially The Tonight Show’s, are crafted specifically to go viral, offering those without cable a more piecemeal experience.

According to the Wall Street Journal, NBCUniversal is debuting a new service aimed at cord cutters, which will reportedly bundle full episodes of the two shows and other comedies on NBC’s slate for a fairly reasonable price of $2.50 to $3.50 a month.

SNL and Tonight Show clips and episodes are available the morning after airing via Hulu and YouTube, but this new service will likely elbow those platforms out of the way in favor of subscribers getting first dibs. It will be interesting to see how YouTube especially handles this potential diversion of clicks. Last week, NBCUniversal’s Chief Executive Steve Burke said 70 percent of Tonight Show views happen online but aren’t figuring into TV ratings, according to the Wall Street Journal.

The service will also reportedly include original content of the sketch variety, scripted and unscripted. Evan Shapiro, formerly of Pivot, will head the launch, and the success of Pivot shows like the social media-focused HitREcord might translate nicely to the service’s original comedy content.

The service is set to roll out later this year.