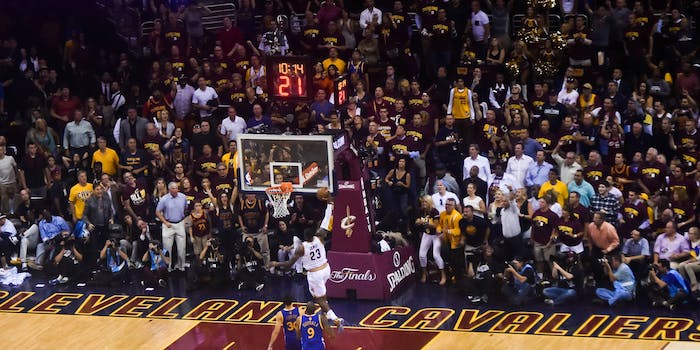 If you love basketball and Twitter, you’ll dig the NBA‘s imminent plans.

After the success of its 2016 Finals 360-degree video partnership, the league has ramped up its Twitter video offerings to include two new, live shows.

There aren’t many specifics about the programming yet. The new deal promises to deliver a free livestream of a weekly show, including “first-of-its-kind elements” created specifically for Twitter integration. On top of that, the league says it will announce a second Twitter-exclusive streaming show ahead of the 2016-17 NBA season. So basically: There will be original, streaming, live NBA content served directly to Twitter, but no word yet on what it’ll look like.

.@NBA to Stream Two New Shows on @Twitter, But Not Actual Games https://t.co/Lopxq0eJrG

What is clear is that the NBA takes Twitter seriously. According to Variety, the league “joined Twitter in 2009, and now has more than 22 million followers just for its main account — more than any other sports league. Since joining Vine during the 2013 NBA Finals, it has garnered more than 1.8 million followers and recently became the first organization to surpass 2 billion loops on Vine.”

The company is hoping the original programming will help engage the audience that already loves to tweet during games, and maybe even draw in fans who might have previously been averse to Twitter.