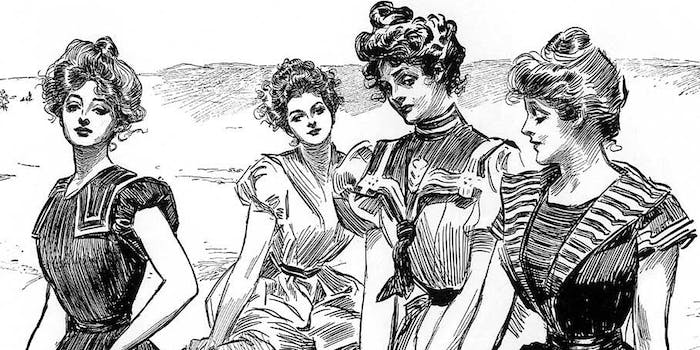 It’s time to replace it with something better.

The Manic Pixie Dream Girl label is a prime example of something that, in ostensibly encouraging readers to critique the way women are portrayed in narratives, becomes in practice something that actually encourages misogyny instead.

When Jerry Spinelli’s young-adult novel Stargirl was released in 2000, it received instant critical acclaim. The titular stargirl’s freewheeling hippie lifestyle (she changes her name every few years, because she can) make a big impact on the story’s protagonist, a boy trying to find his place in high school and in life.

Of course he’s drawn to her nonconformist ways, her unconventional wisdom and beauty; and in the end, as she leads her high school in a conga line out the door and into the night only to mysteriously disappear, she has miraculously imbued upon all her classmates the ability to accept each other as they are. She leaves the boy’s life as she enters: the Mary Poppins of coming-of-age narratives and mystical revelations.

Stargirl was a bestseller, an award-winner, and a Publishers Weekly Best Book of the Year. In 2007, author Jerry Spinelli released a sequel, Love, Stargirl. That same year, film critic Nathan Rabin published a review of Elizabethtown in which he coined the term Manic Pixie Dream Girl:

The Manic Pixie Dream Girl exists solely in the fevered imaginations of sensitive writer-directors to teach broodingly soulful young men to embrace life and its infinite mysteries and adventures.

The phrase seems like it’s been circulating in the pop-culture imagination for much longer than seven years, hasn’t it? At once, it was an immediately recognizable and useful way of discussing a trope that was so ubiquitous across the miles of creative mediums that even to give it a label was to explode discussion about it. The concept of the Manic Pixie Dream Girl, apart from being a description of a specific kind of winsome sweetheart delivered to an audience on a fall-in-love-with-me platter, was a deep stab at the basic mechanisms through which we tell stories.

Stargirl is a book often cited as an example of YA fiction at its best. To defenders of the book, Stargirl is a complex and nuanced character who does have a life outside of the main character’s fantasy of her. Bringing her up during a discussion of the manic pixie trope often provokes heated arguments. After all, is a female character who has all the traits of the dreaded MPDG automatically a failure, even if she has only one primary plot function?

Today, in Salon, Rabin has written a lengthy apology for ever coining the term “manic pixie” to begin with. He writes in bemusement of the way the term took off and grew into a monster beyond anything he’d ever imagined.

“The archetype of the free-spirited life-lover who cheers up a male sad-sack had existed in the culture for ages,” he writes. “But by giving an idea a name and a fuzzy definition, you apparently also give it power. And in my case, that power spun out of control.”

Then Rabin iterates how using the term has essentially become as much of a cliche as the thing it’s describing:

Rabin goes on to talk about how he feels the trope has not only outlived its usefulness but actively become a symbol of harm.

In an interview with Vulture, “Ruby Sparks” writer-star Zoe Kazan answered a question about whether her character was a Manic Pixie Dream Girl by asserting: “I think it’s basically misogynist.” In a later interview, when once again confronted with the dreaded MPDG label, Kazan continued, “I don’t like that term… I think it’s turned into this unstoppable monster where people use it to describe things that don’t really fall under that rubric.

Here’s the thing: I completely agree with Kazan. And at this point in my life, I honestly hate the term too. I feel deeply weird, if not downright ashamed, at having created a cliche that has been trotted out again and again in an infinite internet feedback loop. I understand how someone could read The A.V. Club list of Manic Pixie Dream Girls and be offended by the assertion that a character they deeply love and have an enduring affection for, whether it’s Diane Keaton’s Annie Hall or Katherine Hepburn in “Bringing Up Baby,” is nothing more than a representation of a sexist trope or some sad dude’s regressive fantasy.

There’s so much noise around the label at this point that even very deliberate subversions of it, like Paper Towns and 500 Days of Summer, are often billed as straightforward iterations of the trope by people who seem more content to point and laugh at a quirky girl character than listen to the quirky girl’s message about how she’s not just your stereotypical mystical male fantasy. The dark side of the Manic Pixie is that it carries the default assumptions that the writer, actress, and audience who together create that character ultimately intend for her to be no more than a vehicle for a man’s emotional breakthrough or a catalyst for a man’s self-actualization.

The difficulty is that while Rabin and other writers might have recognized how harmful those assumptions are, plenty of other writers and Hollywood moguls haven’t. We may not live in a world where, as John Green put it, “boys can save girls by being romantically interested in them,” but we do live in a reality where Hollywood actively teaches screenwriters not to pass the Bechdel Test because of the pervasive and false belief that men only want to see movies about other men, and that if a female character is onscreen, she, too, must be all about the man.

This contrast between reality and our general acceptance of the perpetual mythmaking machine of Hollywood is what can lead to a complex character like Annie Hall existing as a paradox. She stands, to much critical acclaim, against a backdrop of decades of films in which Woody Allen’s autobiographical stunted man-children bumble their way towards happiness thanks to the shared insights and romantic love of the women around them. Regardless of how rich and complex these female characters supposedly are, they are all, ultimately, filmed through a man’s POV and rendered as servants to narratives which continually turn them into catalysts for a man’s personal journey rather than people with their own lives and narrative concerns that we get to follow and partake in.

What the MPDG label delivered best, then and now, is a still-necessary discussion of the ways women are used to further plots that are all about men, the way the dreams and goals and aspirations of women are sidelined to help develop the prioritized narratives of their male counterparts, and the way, ultimately, these kinds of stories ultimately turn women into unwitting token male fantasies rather than people, again and again.

Rabin’s callout of the way the trope has been stretched to its limits and then pushed beyond those limits into a concept that actually hurts women is probably long overdue. It’s all too easy to use the label to malign every pink-haired waifling who comes along without really thinking about the purpose of the trope and how harmful it is. But if we retire the Manic Pixie Dream Girl from popular rhetoric, let’s make sure we replace it with something equally pointed at calling out sexist narratives that only allow female characters to exist for the benefit of male protagonists.

We think the Mako Mori Test might be a great place to start.

Illustration via Wikimedia Commons; CC BY-3.0