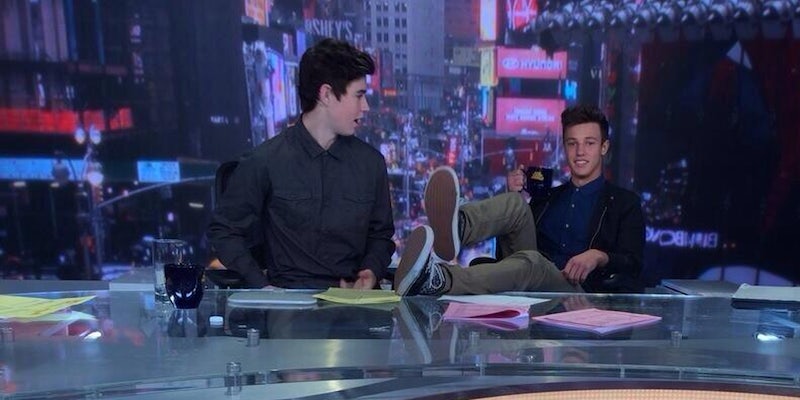 AwesomenessTV attempts to turn six seconds into a movie.

That sustained squealing you might have heard over the last day is the sound of teenage girls across America celebrating the news that Nash Grier and Cameron Dallas are getting their own movie.

Grier and Dallas, two Vine stars with a combined following of more than 11 million, will be partnering with AwesomenessTV for the upcoming film. AwesomenessTV, a channel focused on teen-created content, was acquired by DreamWorks last May, which opened it up to a whole new audience outside of YouTube. In a statement, Awesomeness CEO and executive producer Brian Robbins said a film is “a natural next step for them. They already have a dedicated fan base.”

Appropriately, he announced the partnership at an event for Seventeen magazine, which paired up with Awesomeness last fall.

This is a ripe time for YouTube and Vine stars making movies and development deals: Earlier this month, Collective Digital Studio announced it would produce a movie based on (shudder) YouTube pranksters. Digital platform Endemol Beyond USA recently signed Vine star Brittany Furlan and 11-year-old YouTube sensation Matty B for content deals. YouTube teen beauty expert Bethany Mota now has her own clothing line. In 2010, Robbins produced the feature Fred: The Movie, based off the channel of Lucas Cruikshank.

There’s no word yet on what the film will actually be about—hopefully Grier and Dallas have been coached out of concepts like their ill-advised attractiveness tutorial—but it will be interesting to see if six-second clips can somehow be be sewn into a feature-length film. Teens are the new capitalists.