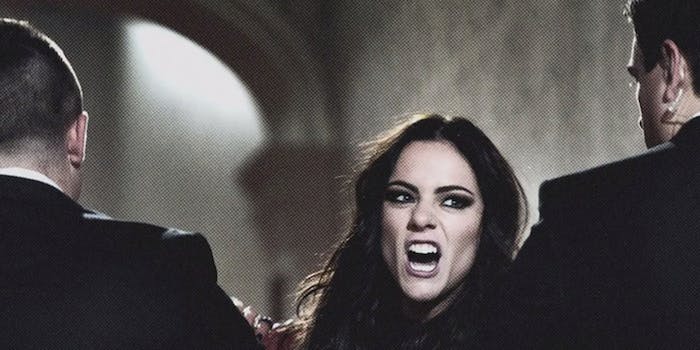 That naked Buckingham Palace video was viral marketing for a raunchy E! show

Remember last weekend, when we couldn’t stop watching the video of a naked man shimmying down the side of Buckingham Palace? It was too good to be true, but we weren’t quite sure what it was marketing. People got really into dissecting the hoax.

Wonder no more: The clip was a bit of viral marketing for a fake TMZ-esque tabloid, D-Throned, which covers the headline-worthy ins and outs of the fictional royal family from E! show The Royals, which debuts March 15.

The extended clip alleges the man was escaping from the bedroom of Princess Eleanor, whom paparazzi previously caught “dancing wildly” and “snogging a member of the Cabinet.”

Her “reign of error” is chronicled on D-Throned, as are Prince Liam’s Tinder escapades. Oh, and Elizabeth Hurley plays the Queen. We agree with the guy being interviewed at the 1:11 mark.