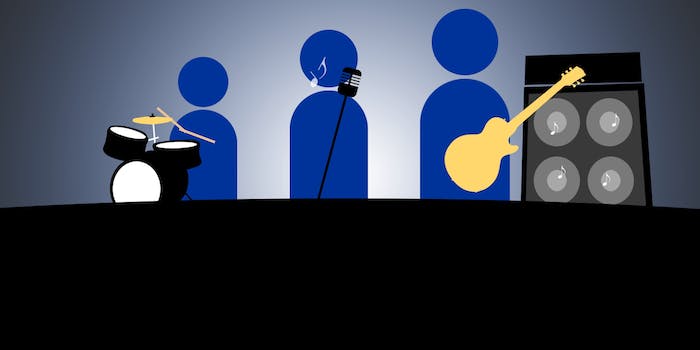 Some song lyrics are priceless. These 50 Myspace artifacts had the approximate shelf-life of a gallon of milk.

You may say I’m a dreamer
But I’m not the only one
I hope someday you’ll join us
And the world can live as one.
—John Lennon, “Imagine”

Some song lyrics, like the one above, are simply timeless. Others, like nearly everything on the 50-song playlist below, have the approximate shelf-life of a gallon of milk.

In the golden age of Myspace (post-Friendster, pre-Facebook), when you were only as fly as your tricked out profile, a short-lived music genre was born: The Myspace song. Beyond name-checking Tom and gratuitous references to your Top 8, the songs fell into a few recognizable sub-categories.

Most commonly titled “Welcome to My MySpace” or some variation thereof, this is strictly for the Myspace platform. Dated and unintentionally hilarious, Myspace promos are little diddies to say “thanks for the add.” Bonus points to Bonnette Da Bandit for threatening anyone else with the gaul to have a song called “Myspace” (“For the title MySpace, we can battle holmes”).

And then there’s this dud from Dominican duo Tercer Cielo:

Cringe-inducing R&B slow jams about digital courtship. Did you know that Myspace rhymes with my place? Oh, believe me, you will. Let’s just say Zapp & Roger don’t have much to worry about: “Computer Love” is still king.

“My Boo” is a prime example, although it’s unclear if this track was slowed down 25 percent like the recent Dolly Parton viral video, or if they’re all just that faded:

Self-aware commentary on narcissism and the digital age. These songs aim for humor with varying degrees of success.

A platoon of tracks denouncing digital thuggery. You ain’t a Myspace gangsta you a Myspace wanksta! Looking at you, Bonnette Da Bandit.

Ode to the Myspace freak

Not the sincere love jams discussed previously, but a tribute to the scantily clad ladies hitting you up for friend requests.

This playlist is undoubtedly full of some of the worst music ever recorded, but it’s oddly compelling. So dig this shirt out of the closet and take a trip back to the mid-2000s.

Oh, and if your old profile is still floating around in cyberspace, pay heed: