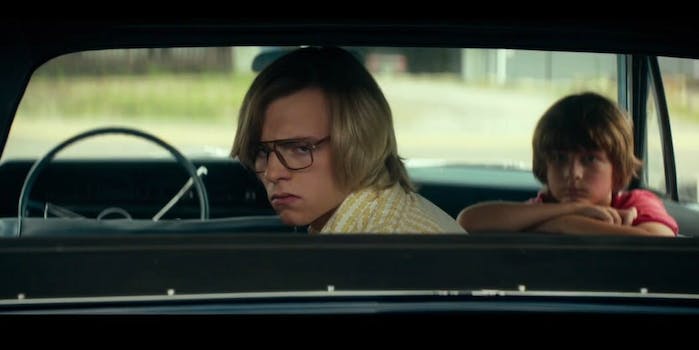 The new trailer for My Friend Dahmer, a movie spanning the boyhood years of one of history’s most infamous serial killers, has been released, and it is awfully disturbing. The film, which was shown at the Tribeca Film Festival last April but doesn’t yet have a nationwide release date, showcases the difficulties Jeffrey Dahmer lived through as a teenager before he went on to kill 17 people from 1978-1991.

The trailer shows Dahmer facing classmates’ bullying, his mother hitting his father, his dad pleading with him to be more normal, and Dahmer’s obsession with a neighborhood runner.

The film stars Ross Lynch (Austin and Ally) as Dahmer, Anne Heche (Donnie Brasco, Psycho) as his mother, and Vincent Kartheiser (Mad Men) as the jogger.