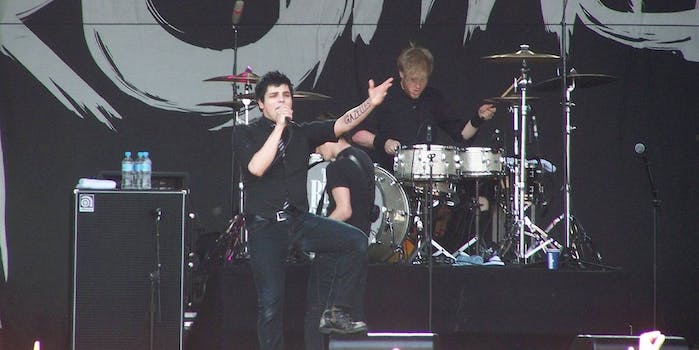 My Chemical Romance releases vague video and the Internet freaks out

Three years after disbanding, My Chemical Romance released a video Wednesday that has fans excited for a potential reunion.

The post was the band’s first tweet in a year, and its most recent Facebook posts were in February about Funko Dolls in the band’s likeness.

But what does it all mean?  The Internet isn’t sure, but people are very excited.

first i will reunite my chemical romance
next the empire

Fans have pointed out there’s at least one clue in the band’s new logo, which references resurrection.

None of the band members have posted anything about the video on social media, fueling the mystery.