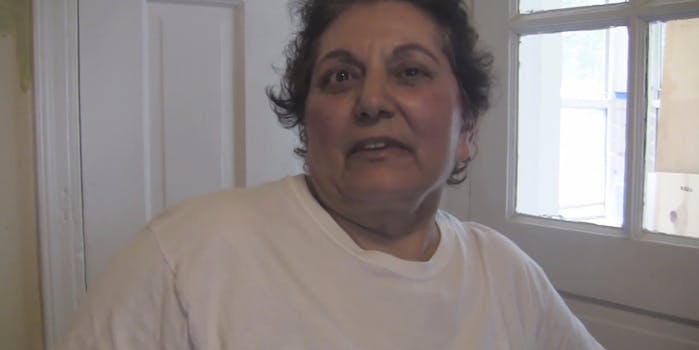 “All the other movies can go to hell!”

Fans of My Big Fat Greek Wedding were thrilled to learn that star Nia Vardalos is making a sequel to the beloved 2002 film. “Thrilled” is a relative term, however, because no one in the world is as excited as this actual Greek mom.

Angelo’s mother saw My Big Fat Greek Wedding five times when it was in theaters. So when Angelo heard the news, he just had to share it with her.

It was the best news she’d received in the last 10 years, easily. It was just like Christmas morning.

Angelo’s mother is a bit of a film critic herself; she’s reviewed movies before on her son’s YouTube channel (she was really offended by Noah). And she just doesn’t care about the other big films coming out.

Vardalos is still writing the script; the movie won’t be made for at least a year. That leaves us plenty of time to try to get Angelo’s mom to a screening.