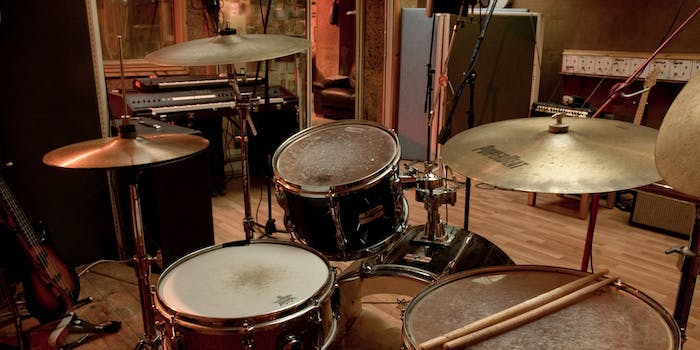 Why are so many musicians so bad at crowdfunding?

No one wants to pay $10 for a digital download, bro.

I tried it with a 7” record once and it was one of the worst experiences of my life. The campaigning process is like pulling teeth, I felt like a self-involved jerk who just cheated a bunch of people out of their money, and the whole thing just felt like one big awkward loan with a boatload of expectations. Thankfully, I’ve since seen people mess it up way worse than I could have ever imagined, making me feel more at ease with my failures.

This may be because the majority of the time, musicians who are using crowdfunding platforms are perpetuating harmful myths and misconceptions about how music is made and distributed, and as a result they not only end up looking out of touch, but they actually make things harder for the musicians of the world who don’t turn to crowdfunding to get a project going. Crowdfunding can be a great platform that allows fans to rally around an artist or a project they’re really into, which is a cool thing. Sadly, a lot of these campaigns are poorly run and misguided, and often it leads to musicians trying to raise unrealistically large sums of money while treating their fans like a bank.

Here are just a few of the ways in which musicians have been lousy at crowdfunding and are ruining what could be a really great platform for artistic exploration and creation. Please, bands, stop doing these terrible, terrible things.

If you’re going to beg someone for money to write and record a doom metal album based on a steampunk retelling of Great Expectations, you should at least give them an incentive to relinquish those hard earned dollars. By and large, musicians either have no idea how to do this, or just don’t care about doing it well. This gives rise to perks like “Take a video tour of our jam space for $200!” that are so inane and absolutely useless that it’s painfully obvious they just ran out of ideas to use to squeeze money out of people. So please, musicians, let’s start putting some thought into what people will actually want from you!

Here’s a newsflash, it’s 2014. Someone buying your digital download for $10 is just laughable, especially as a crowdfunding perk. I mean, come on, Thom Yorke just dropped a solo album for $6 and even that came with a video. So please, do not do this. Do not charge someone $15 for the 320kb/s mp3s of your album. A digital download should be a courtesy that comes with a perk, not a perk itself. If someone’s paying you $15, have the decency to at least buy a cheap blank CD and scrawl something on it in permanent marker. If you have a $15 digital download as one of your perks, you’re either woefully out of touch or just mean. Ditto for people who think that charging $75 for a vinyl record is acceptable just because it’s “limited.” Just because you only have the cash to press 100 of them doesn’t mean you can charge $75 for them.

Photo via Pete Ashton/Flickr (CC BY 2.0)